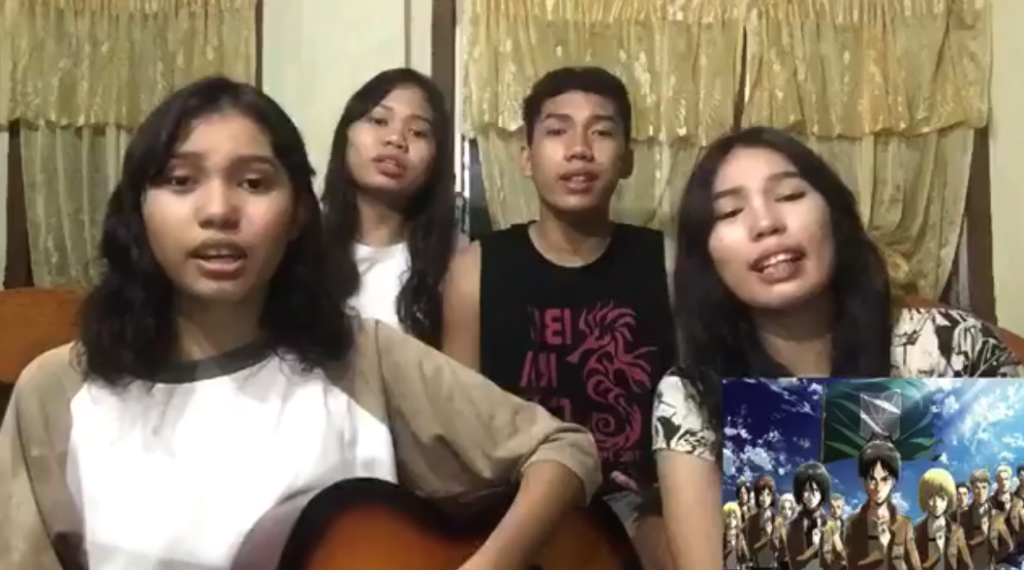 MOALBOAL, CEBU — The Palange siblings, who went viral last May 2020, is once again taking the social media spotlight.

This after they shared a video of a mashup of original sound tracks (OST) from different anime movies and series on June 24, 2020.

According to Cleo, they decided to do an anime mashup due to requests from their followers.

WATCH: The Palange siblings, who went viral last May 2020, is again taking the social media spotlight. This after they release a mashup of original sound tracks (OST) from different anime movies and series on June 24, 2020. | Video courtesy of Cleo Marian Palange

Their love of the animated movies and anime shows also made them push through with the song medley.

(Ever since we were young, we were fond of animated movies and then anime shows were introduced to us first before the Korean dramas.)

Cleo and her siblings were overwhelmed with the reaction of netizens to their medley.

(It is really unexpected that many people watched it.)

In just one video, the siblings compressed all 13 songs from various anime shows.

Here are the anime sound tracks included in the 4-minute video: