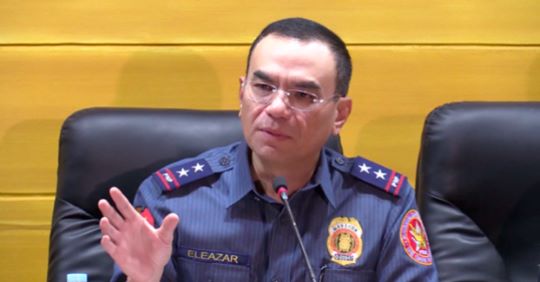 Eleazar said he was in the city to oversee and assist the Police Regional Office in Central Visayas (PRO-7) with the strict implementation of the enhanced community quarantine (ECQ) protocols and lessen the spread of the virus.

“We all know that our first line of defense in the fight against COVID-19 is the containment of the movements of the people, kaya nga the country has been placed in a quarantine,” said Eleazar during a virtual conference with the reporters this morning.

According to Eleazar, it was important that they would be able to assess the efforts of the police to manage which areas would need improvement so people would be able to follow the protocols diligently.

He is aiming for the most important result of implementation of the protocols — people would be able to stay at home.

During his arrival in the city, Eleazar said that the city was like a “ghost town” because there were fewer people and vehicles on the streets.

He said that this was the result of the efforts of the local government and the JFT COVID with the implementation of the rules.

Eleazar said he was hoping that during his rounds around the city, he would be able to see the same situation as earlier where there were fewer people on the streets as well as the vehicles.

Together with Police Brigadier General Albert Ignatius Ferro, director of PRO-7, Eleazar has started visiting checkpoint areas and police stations around the city./dbs