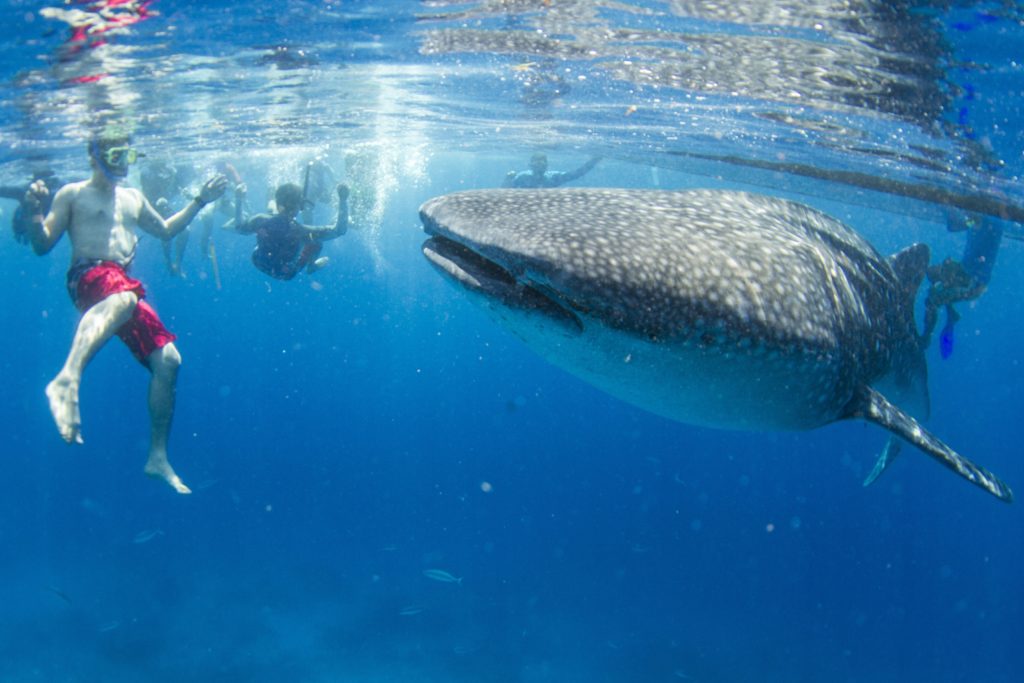 Whale shark watching in the town of Oslob in south Cebu, has been drawing hordes of international tourists who want to have a closer glimpse of the gentle giants of the sea. |CDN file photo

The Commission on Audit (COA), in their annual audit report for the local government unit (LGU) of Oslob, dated June 15, 2020, found out that the fifth-class municipality roughly 118 kilometers south of Cebu City has earned a total of P190.2 million from tourism activities for 2019.

Of the number, P182.7 million were classified as income from whale-shark watching – a popular tourism activity both for local and foreign tourists.

Under COA’s list of revenue accounts for Oslob, income of the town’s tourism industry has also grown by 11.5 percent compared to the figures posted in 2018, wherein it generated revenue amounting to P168.4 million.

Aside from whale-shark watching, other tourism activities that contributed to the town’s income involved Sumilon Island, and Luka or Tumalog Falls, state auditors noted.

The 106-page COA report for Oslob also contained recommendations for the LGU to require the Tan-awan Oslob Sea Warden and Fishermen Association (TOSWFA) to register with the Bureau of Internal Revenue (BIR).

This stemmed after state auditors found out TOSWFA’s share from the whale-shark watching collections amounting to P131 million were not properly accounted for.

“We recommended that the Municipal Accountant require the TOSWFA to register with the BIR as VAT (value-added tax) and submit the documents mentioned as lacking to prevent suspensions in audit,” said COA.

“Collections received from Whale-Shark Watching (WSW) Activity for release to Tan-awan Oslob Sea Warden and Fishermen Association (TOSWFA) and Barangay Tan-awan totaling ₱131,054,958.00 were taken up as “Other Payables” instead of “Trust Liabilities” while documents supporting the subsequent remittances thereof were either absent or deficient, thereby misstating the affected accounts and casts doubt on the validity and propriety of the claims,” they added.

Whale sharks found in the waters of Barangay Tan-awan have become a popular tourist attraction in Oslob.

The industry, however, has been the subject of several controversies and scrutiny from environmental and animal-rights groups. /bmjo