Monuments and their meanings 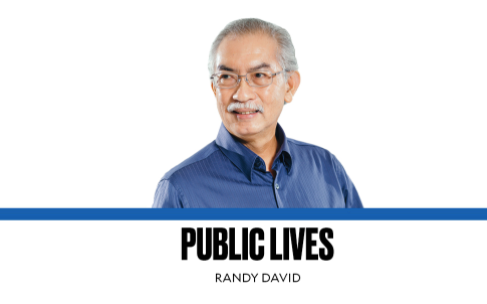 If we grew up around monuments, chances are we no longer remember what they commemorate or signify. But, since they occupy space as physical objects, they may serve as convenient meeting points, or as perches for birds. This seems to affirm the author Lewis Hyde’s point: “Successful monuments become invisible.”

But, for those who are encountering a monument for the first time, everything about its presence in a given place — the past it memorializes and the meanings it summons — could be an object of wonder, contemplation, or critique. Who are these figures? What do they represent?

A few years ago, I found myself in the position of tourist guide trying to explain to a group of visiting Turkish guests the symbolism behind the large statue of Saint James or Santiago in the courtyard of the famous Betis Church. I grew up in this idyllic town of carpenters and woodcarvers, and when I was in grade school I passed this imposing statue every morning on my way to school. I knew it as that of “Apung Tiago” — the patron saint and legendary protector of our town from all misfortunes and calamities. I wasn’t sure though why he was on horseback, wielding a sword, and appearing to trample on some dark-skinned enemies below.

I had always known Santiago Apostol as one of Jesus’ 12 disciples. But I wasn’t aware that he had become a warrior. Sensing I was out of my intellectual comfort zone, my brother, Bishop Ambo, who was within hearing distance, gracefully came to my rescue. He immediately grasped the awkwardness of the situation. Our guests were devout Muslims, many of them were in fact from Istanbul, where the historic confrontation between Christianity and Islam remains visible in the frescoes of Hagia Sophia. They were no strangers to the iconography of the Crusades.

Without going into the reasons why it was the image of Saint James the Moorslayer (“Santiago Matamoros”) that had been chosen as the town’s patron saint, my brother put on his professorial hat and told our guests the story behind the icon. The Iberian Peninsula was at the center of the Crusades — the intermittent warfare spanning seven centuries to reclaim lands controlled by the Muslim Arabs and Berbers for the Christian kingdoms. In the 9th century, Santiago was supposed to have appeared to King Ramiro of Asturias-Leon in a dream on the eve of a battle. Sent by God to protect the Christian armies against their Islamic enemies, Santiago supposedly descended from the sky on a white horse bearing a sword and a white banner. Thus was born one of the most formidable icons not only of the Reconquista, but also of the consolidation of the Iberian Peninsula into a unified Spain.

Santiago Matamoros was later brought by the Spanish conquistadors to the New World as the patron saint of colonial conquest. In Latin America, the Moorslayer metamorphosed as the Indianslayer (“Mataindios”). In the Spanish Philippines, the Matamoros icon retained its relevance as a religious shield in the face of the periodic Moro slave raids that besieged the coastal communities under Spain’s control.

But, for all its many-layered historical symbolism, the Santiago Matamoros statue in the Betis Church courtyard was anything but militaristic to the natives of Betis. They have always viewed Apung Tiago as their protector against all kinds of misfortune — disease, floods, typhoons, earthquakes, lahars, and volcanic eruptions. That the icon had once been enlisted as the patron saint of Spanish colonial aggression is farthest from their minds. In their consciousness, the Arab-looking faces of the enemy who had fallen under the horse of Santiago could not have been those of their ancestors.

There is a lesser known representation of the apostle Saint James that, I wish, had gained a more prominent space in our church patio—a man with a wide-brimmed hat holding not a sword but a shepherd’s staff: the figure of a pilgrim rather than that of a warrior. This is that of Saint James the Pilgrim roaming the streets and preaching the Good News to the world.

I am sure it is just a matter of time before the pressure to confront the meanings locked in monuments in public spaces — such as what we are seeing today in the United States and other places — comes to our own society. We who have lived with these monuments for the longest time may have forgotten what they signify. But others, who still bear the wounds, do not forget. Events occurring in the present have a way of bringing these meanings to the fore.

Soon we will be marking the 500th year of the arrival of the Spaniards to our islands. It is a good time to ponder the historic significance of that encounter. Certainly, it would be difficult to separate the arrival of Christianity to our shores from the advent of more than 300 years of colonial subjugation. Be that as it may, we should use the occasion as an opportunity to come to terms with our past, to enrich our awareness of how we came into being as a nation, to understand who we are today and how we may become a better people.

Nothing perhaps captures an awakening of this sort better than this paragraph from a recent article in The New Yorker magazine: “In late June, the American Museum of Natural History made a clear-eyed decision to remove a statue of three men from its front steps. Only one has a name (or a shirt, for that matter): Theodore Roosevelt, on horseback, looms over an indigenous and a black figure. New York City has more work to do if it’s to rectify racism in public art, not to mention the city’s shortage of tributes to women.”

Read Next
DepEd not ready for ‘new normal’ classes – solons