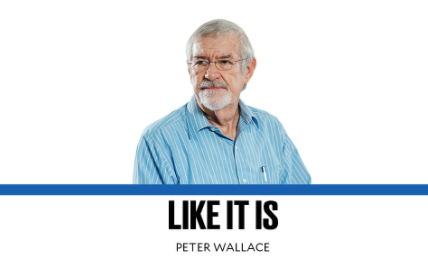 COVID-19 is scary—about 1,300 deaths in the Philippines in just six months. But we should be careful not to overreact—as we did with Dengvaxia, for instance. In the first eight months of last year, an estimated 1,100 Filipino children died because they weren’t vaccinated—with a vaccine that exists.

Are the same idiots (definition: a foolish or unwise person; a person having the lowest level of intellectual ability) who blocked Dengvaxia because of side effects on a few going to reject a COVID-19 vaccine? Because in the way it’s being rushed without the many years of testing needed, it’s entirely possible, even probable, that it will have side effects on a few.

Latest available data from the Department of Health showed that in 2017, some 57,000 Filipinos died from pneumonia, 30,900 died from diabetes, while about 84,000 died from heart diseases. Those numbers are multiples higher than 1,300. Surely they need equal attention. Death is death.One that now worries me with the protracted lockdown is not a disease, it’s malnutrition. We’ve been under a lockdown for more than 100 days now, and an estimated 7.3 million Filipinos have been laid off work as a result of the pandemic. In April 2020, the Philippines posted a record-high unemployment. These workers have families with generally at least three children to support, and often Lolo and Lola, too. Add to that the 17.6 million who are poor because they’ve never had a job. That results in two scary outcomes: death from lack of food, and stunted brains and bodies in infants running into the millions. Now that’s scary.

What we must now concentrate on is giving people a stable, adequate income. It must now start to be of equal concern. Not in a way that risks runaway COVID-19 deaths, but accepts that there will be some. As listed above, all diseases have some degree of fatality no matter how good the medical treatment is. What’s needed is to get everybody back to work while accepting that some deaths will result.

What the world is learning is that an initial, necessary, period of lockdown, if left on too long, can end up doing more harm than good.

Instead of a general lockdown, we must now shift to a targeted approach, identifying hotspots and restricting only those. Importantly, as the world’s medical experts have stressed, we must all continue to wear face masks in public, and the government must ramp up testing, tracing, treatment, and isolation.

At least 50,000 contract tracers are needed to identify all the people who have been in touch with someone who is positive of COVID-19. They can be hired from the unemployed (we aren’t ready for the high-tech apps yet) who are desperate for a job. It will be a cheap cost to government compared to further lockdown. The testing rate has to be at least double, better 10 times than the 16,000 it is today.

But it does not work as a national endeavor. Success is better achieved by working at the local level where people know people, where requests for information from a person they know will elicit results a stranger won’t achieve.

In a slum in India, authorities set up clinics to check public temperatures. Health care workers went from door to door to screen people for symptoms, and moved those infected to schools and sports grounds converted to quarantine centers. Deaths plummeted. We can do the same.

Once people are at work, they’re generally safe, particularly if they’ve been tested through the commendable initiative of Joey Concepcion with his in-company ARK testing program. The risk is in getting to work. For that, there’s no real short-term solution, except to curse those previous administrations that didn’t give us the public transport system a modern city must have.

The best we can do is to not let people face each other (screens in jeepneys), have them wear N95 masks (supplied for free in massive quantities by the government), and sanitize their hands as they enter a vehicle—and the vehicles, too, after every trip. And DON’T TALK—that spreads the virus at a far greater rate. Again, sanitizers and alcohol must be provided free. With fewer passengers, the government will need to augment the income of owners; costs are small compared to not doing it. I would revive Angkas. With the pillion passenger behind the driver, there’s no face-to-face so both are safe.

It’s time to get people back to work, and enable them to get there.

Read Next
‘Backride’ is back: IATF allowing pillion riding for couples starting July 10