4 arrested in 6 hours by PDEA, PNP in Dumaguete City 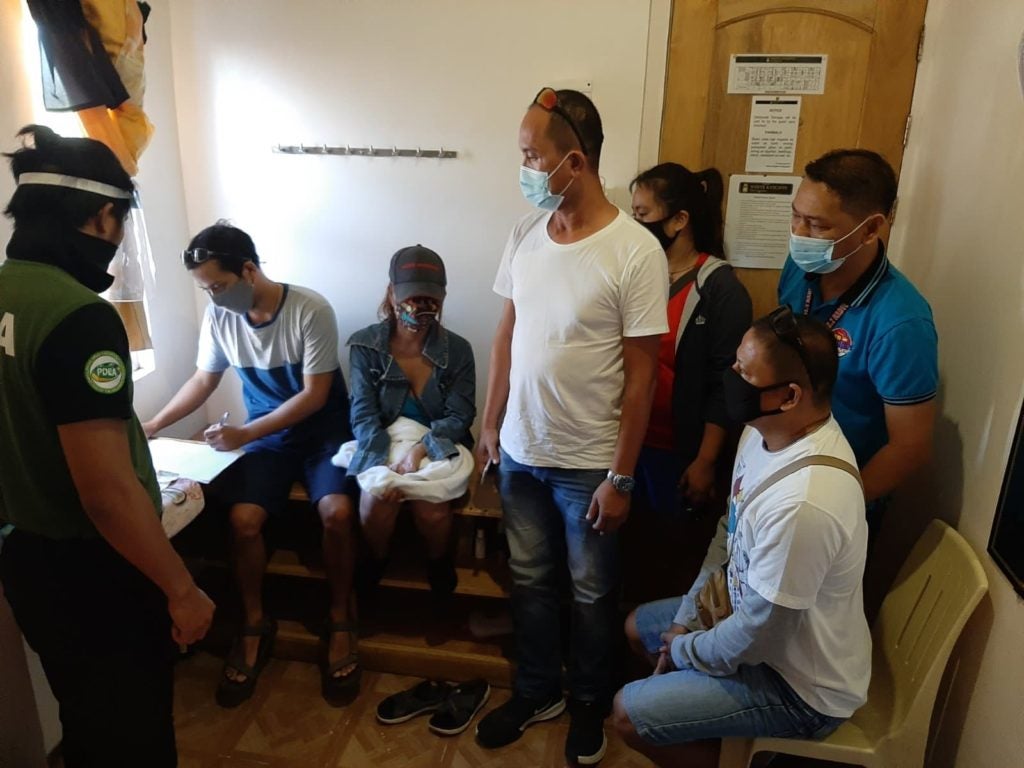 The arrest of Charlene E. Lañas (WEARING DEANIM JACKET), during a buy-bust conducted by the Philippines Drug Enforcement Agency in Central Visayas (PDEA-7) and Negros Oriental Police Office (NOPPO) on July 9, 2020.  This later led to the arrest of three more suspects in Baranagy Taclobo, in Dumaguete City.| Photo Courtesy of PDEA-7

Pieces of suspected shabu in small sachets of transparent plastic amounting to a total of 8.3 grams worth at least P56,440, were confiscated from the four suspects.

According to PDEA-7 spokesperson Leia Albiar, Lañas, the first subject of the buy-bust operation was monitored for almost four weeks after receiving information about her illegal activities.

Albiar said that Lañas is able to dispose at least five to ten grams of suspected shabu every week.

She said Lañas’ way of distributing the illegal drugs was to book rooms in pension houses to be able to transact with  customers.

The four suspects are currently detained in Dumaguete City Police station pending the filing of charges for violation of section 5 and 11 or selling and possession of illegal drugs under the Republic Act 9165 or the comprehensive dangerous drugs act. /bmjo