CEBU CITY, Philippines — The Cebu City government has distributed P2.5 million worth of tuob kits to 1,000 isolated patients in the city since April 2020.

Councilor Jerry Guardo revealed that all the 1,000 tuob kits the city had purchased were all distributed.

This was part of the resolution that he and Councilor Nestor Archival that urged the city government to study the benefits of (tuob) steam inhalation as preventive therapy.

Despite allegations that Guardo has been selling the tuob kits for himself, the councilor produced documents that the tuob kits were in fact distributed to the isolation centers.

In the Stock Investory data sheet released by Guardo, the tuob kits were distributed to the 25 barangay isolation centers in the city, with majority of the kits delivered to Barangay Mambaling.

Barangay Mambaling received more than 300 kits due to the high number of cases there in the past. At least 90 percent of them recovered and Guardo said the tuob kits might have helped. 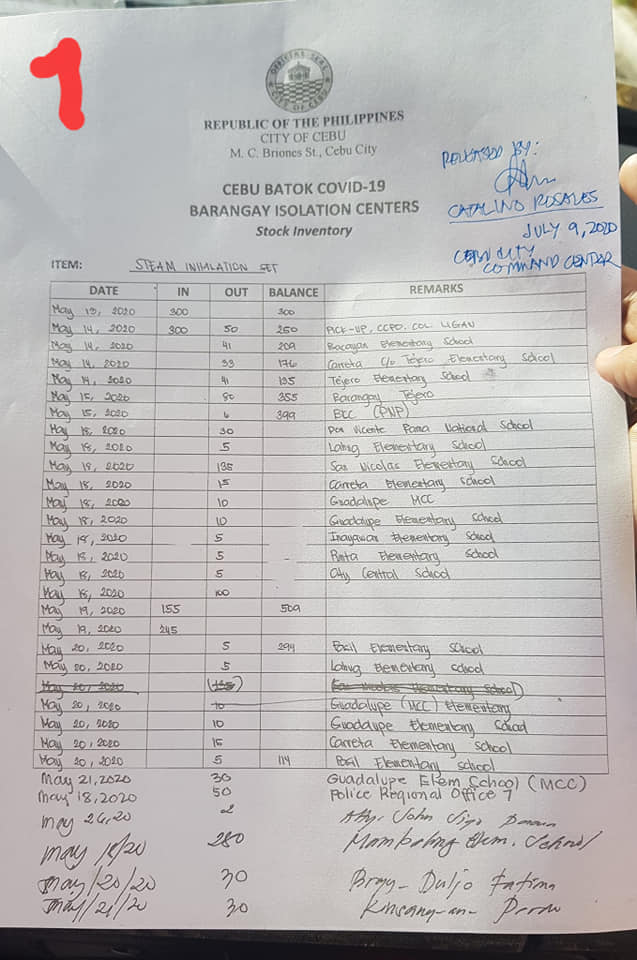 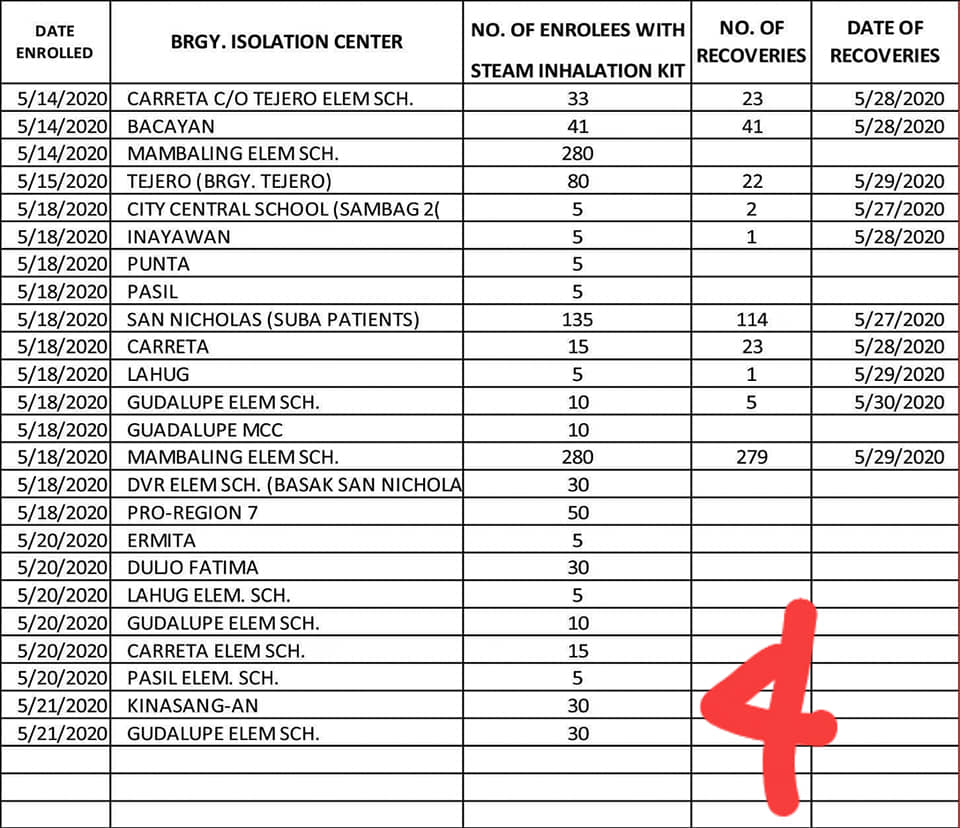 According to Lawyer June Maratas, the head of the Department of General Services, the P2,500 worth tuob kit comprises of one electric water heater/steamer, one steam gown, one adult bath towel, two hand towels, one industrial plastic chair, and one water basin.

Maratas could not furnish CDN Digital the official breakdown because the City Hall is closed due to disinfection.

For Guardo, this amount is worth the lives that have been helped by the steam inhalation process, although it is not a cure.

“As we said in the resolution, this is not a cure, but if it helps alleviate the symptoms, then it would help the patients feel better and stronger,” said Guardo.

Guardo said he suspected that the allegations made against him and the project were simply the political agenda of the opposition or those who did not believe in tuob.

He assured the public that the kits serving as a study for the effect of steam inhalation were distributed to the isolated patients.

Another 1,000 kits donated by private companies have been distributed to the patients and the police as well.

Read Next
Border checkpoints, police patrols to continue even under MGCQ