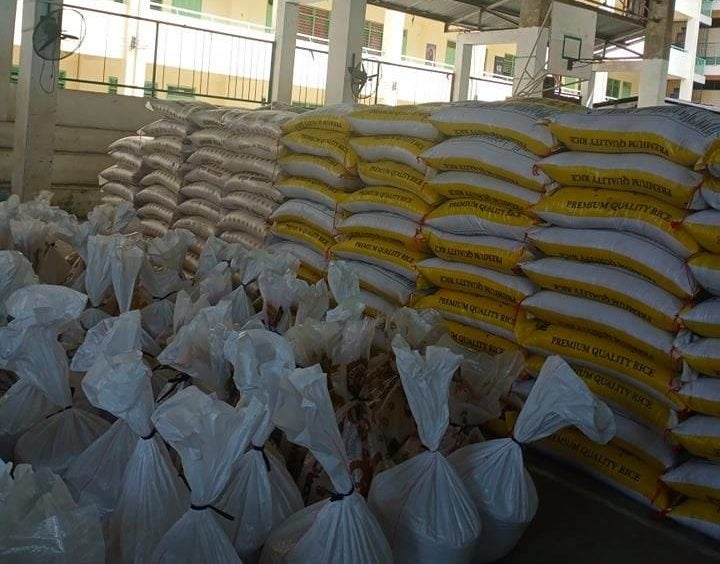 A total of 280,000 sacks of rice are distributed to Cebu City barangays as aid to the residents amid the lockdown due to the COVID-19. | Photo Courtesy of Cebu City Mayor Edgardo Labella

CEBU CITY, Philippines — The Cebu City government will now focus the relief aid to lockdown areas only — now that the quarantine restrictions have begun to ease out under the modified enhanced community quarantine (MECQ).

Lawyer Rey Gealon, city government’s spokesperson, said that the city would continuously provide for locked-down areas through food packs, rice aid, vitamins, medicine, water, and other needs since these areas had no access to their basic needs.

Mayor Edgardo Labella has instructed that the locked-down areas be taken care off as they try to control the community transmission in the area.

However, Labella said in a previous statement that no additional financial assistance would be given to the barangays since they had received P1 million financial aid early in July 2020.

Still, Gealon said the city would continue to assist the sitios still under hard lockdown.

The city also has been receiving donations from private individuals and groups and will use these donations to help the residents in the city.

Gealon urged the public to remain vigilant under the MECQ as the economy would slowly open so that the cases would no longer rise and the city could further downgrade to a general community quarantine (GCQ)./dbs

Read Next
What is Covid contact tracing, and how does it work?