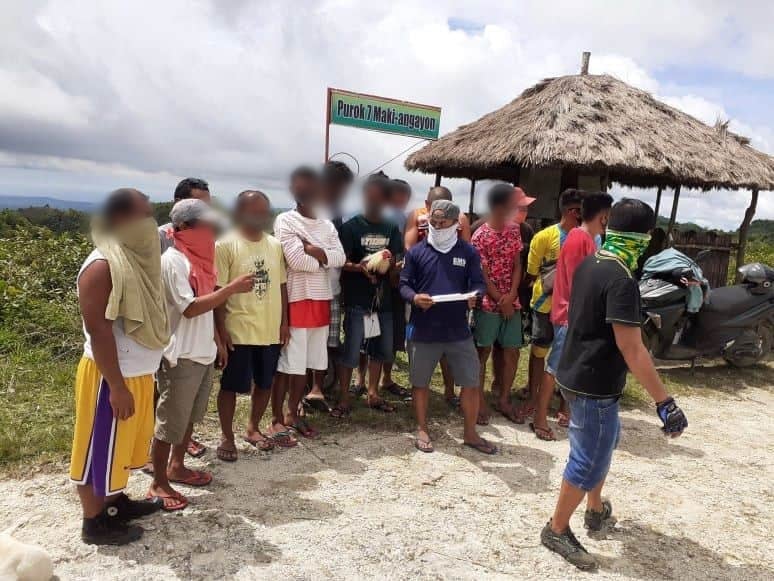 CEBU CITY, Philippines — Three beneficiaries of the government’s social amelioration program (SAP) were among the 14 illegal gamblers arrested on Sunday, July 19 during a raid on a tigbakay or illegal cockfighting activity on in Purok 7 Maki-Angayon, Barangay Santicon, Badian town in southern Cebu.

Illegal gambling charges would be filed against the 14 men on Tuesday, July 21, as per the schedule that they had received, said Police Major Dave Mahilum, 2nd Provincial Mobile Force Company chief, told CDN Digital in a phone interview on Monday.

Mahilum said they conducted the operation against the illegal gamblers after they received information about the illegal activity there.

He also said that he received reports that illegal cockfighting activities were done in remote mountain areas.

Mahilum said that they were investigating this report because among the 14 people arrested some of them were from Dumanjug town, Ronda town and Moalboal town.

He said that he would ask the cooperation of the different mountain barangays to stop these illegal activities most specifically tigbakay or illegal cockfighting activities.

Mahilum said that the barangays should strictly impose measures on those people coming from outside their barangays.

He suggested making sure that these people had quarantine passes with them.

(The barangays should tighten their security measures and prevent people from easily going out of their houses because if they can easily go out then they could easily agree to meet and gather and hold tigbakay.)

He again called on the cooperation of the barangays’ officials and residents to contact police if they would spot groups of people gathering in their barangays.

Meanwhile, the 14 suspects arrested during Sunday’s tigbakay raid were detained at the Badian Police Station detention cell pending the filing of charges./dbs