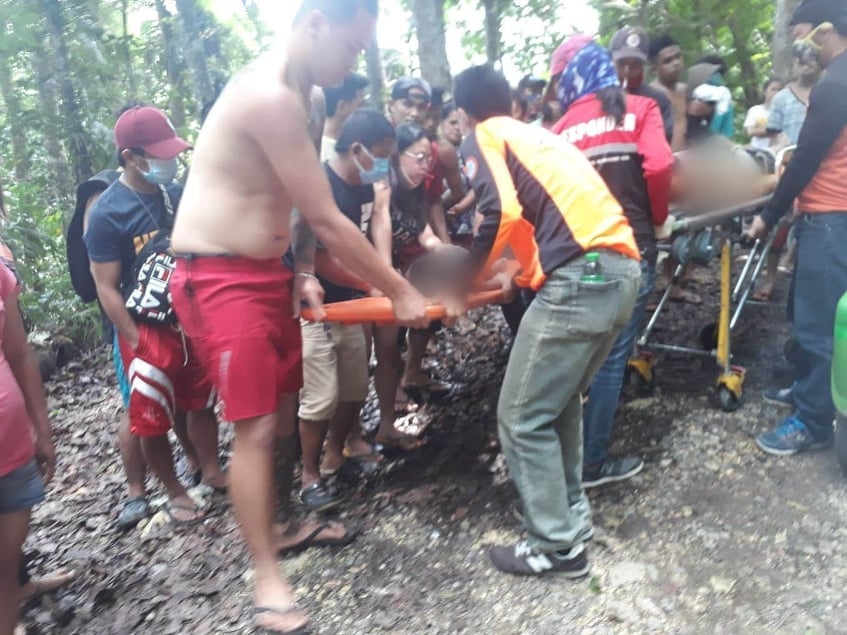 Rescuers retrieve the bodies of the minors who drowned in a river in Dalaguete town in southern Cebu on Friday, July 24, 2020.

The siblings who drowned were two girls, whose ages are 11 and 9 and a boy, who was 4 years old, said Police Corporal Jem Vincent Pacaldo of the Dalaguete Police Station.

Initial investigation showed that three drowning victims and 2 other siblings went with their grandfather to a farm field in front of a river at around 9 a.m. as the parents left for work.

Pacaldo said that the five children asked their grandfather to go home ahead of him, who agreed to let them go ahead.

The grandfather told police that he was then confident that the children would cross the river in going home and would stay only on the shallow portion of the river.

(There is a portion where the current is quite strong. Perhaps, the three children thought that that part was shallow, like the part of the river where they would usually cross. But that part was a deeper portion and had a strong current.)

When the children was carried by the current to a still deeper part of the river, that was when they drowned especially since the police believed that the children did not how to swim.

During the rescue operations, Pacaldo said that the portion where the three siblings were found was about five feet deep.

With this incident, Pacaldo said that they would be recommending to the local government unit to provide a foot bridge so that residents would not safely cross the river.

Pacaldo also urged parents and guardians to never allow their children, especially minors to go swimming on their own unless they were supervise by an adult./dbs

Read Next
Cebu City to continuously assist watchers at VSMMC