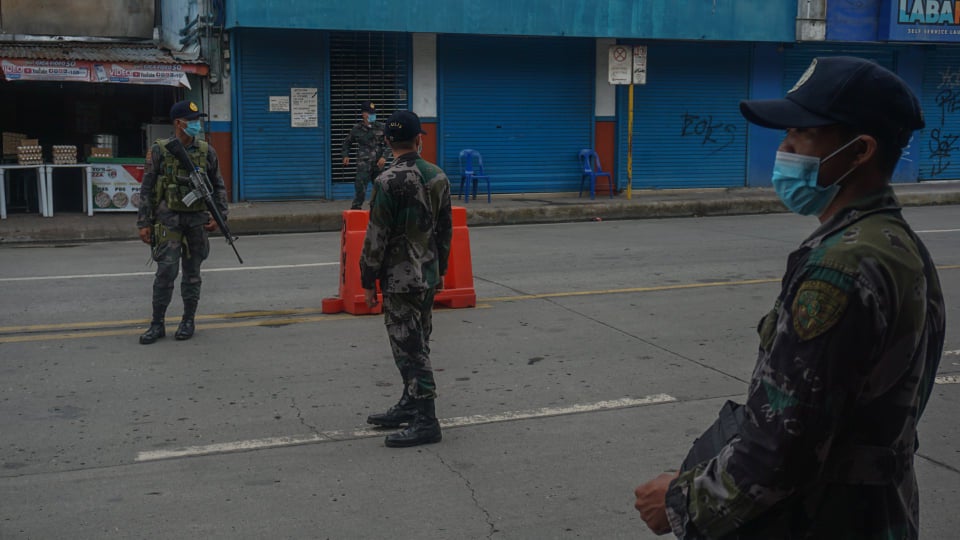 Very few vehicles are seen along Salvador Street in Barangay Labangon, Cebu City on this June 27, 2020 photo as policemen continue to man the checkpoint in the area.

Police Captain Jonathan Dela Cerna, Labangon Police Station chief, said, in a phone interview, that they already filed the complaints against the 10 men at the Cebu City Prosecutors Office.

Dela Cerna said the 10 men were arrested on Thursday, August 20, 2020, two of whom were caught not wearing face masks while the eight others were caught without quarantine passes.

(The violators increased for the first time since the city ordinance was implemented.)

Dela Cerna said that they only arrested three since the start of the implementation  on August 16, 2020 of City Ordinance 2566 or the ordinance penalizing quarantine violators.

He said that the arrested men only wanted to go out and violate the law because when he asked them why they violated health protocols, they could not give a straight answer.

If found guilty of the charges against them, the first time violators would be fined P3,000 or spend 30 days in jail.

With this, residents were reminded to always follow the law and stay at home or they would face worse consequences once they would violate the law.

(Follow the mandate of the government. We keep on repeating this but these can help or at least we can limit the active cases in our area.)

Dela Cerna also assured that the Labangon policemen would do their share on helping the public to follow health guidelines that could also benefit the public./dbs

Read Next
Boy with relapsed cancer needs help for chemotherapy