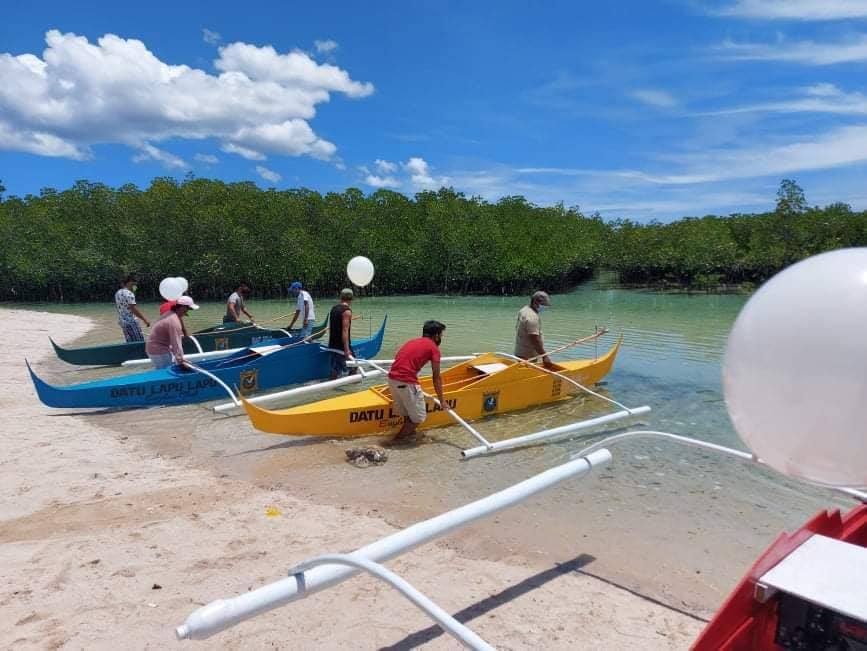 In a Facebook post, Chan announced that he has turned over four pump boats and handed out relief goods to the fishermen, who were the chosen beneficiaries of the program called “Baroto Mo, Panginabuhian Ko”, which was initiated by the Datu Lapu-Lapu E.A.G.L.E.S. Club.

Aside from the pump boats and relief goods, Chan said that they also included some fishing equipment for the fishermen so they would not have a hard time when they would go fishing.

(The fishermen-beneficiaries were happy in receiving these gifts because they now would not have a difficult time in fishing which is their livelihood to feed their families.)

Chan visited the area this morning together with some members of the EAGLES Club for the turnover ceremony. He also expressed his gratitude to his then mayoralty rival, Rolando Patalinjug, who headed the program.

Chan said that Patalinjug accompanying him to help the community only proved that one would not need to be in a position to be able to help others.

(This just proves that you do not need to be in a government position to serve others.)/dbs