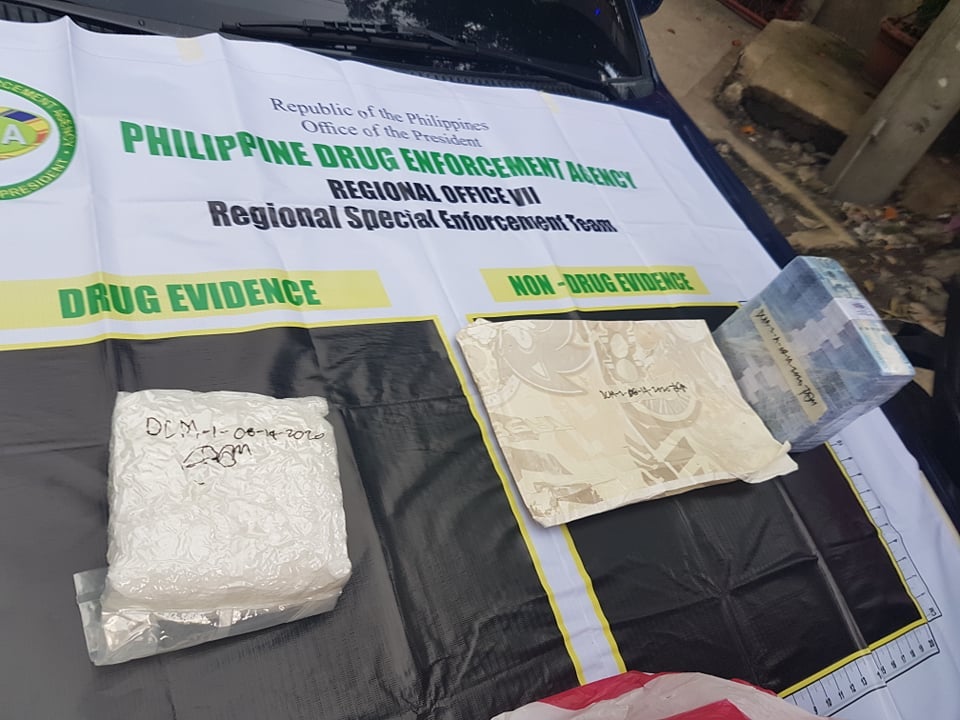 A kilo of suspected shabu was confiscated from a food delivery service driver during a buy-bust operation in Barangay Sambag, Cebu City on August 14, 2020.| Photo courtesy of PDEA-7

CEBU CITY, Philippines — There might have been illegal drugs being shipped undetected while Cebu Province and Cebu City gradually downgraded their quarantine status.

This was what Director Levi Ortiz of the Philippine Drug Enforcement Agency in Central Visayas (PDEA-7) suspects after their series of buy-bust operations led to the confiscation of millions worth of suspected shabu.

(There are drugs that have entered Cebu. Perhaps, it’s true because we still found and confiscated illegal drugs during our operations,  but it’s not that big a volume.)

According to Ortiz, the shipment of undetected contraband is not impossible especially that the stricter restrictions have eased due to recovering status of the community from the pandemic crisis.

Ortiz said that poverty was also one of the main reasons why there would still be illegal drugs that would reach areas despite the risks and chances of getting caught along the way.

For now, Ortiz said that they were monitoring shipments that were coming from the Metro Manila since based on their investigation with the recent big operations, some of the items were traced all the way to Manila.

Ortiz said that they were also tailing personalities that were reported to have been involved in new drug groups.

But Ortiz said that they could not confirm if there was a new drug group rising with the recent HVTs arrested.

He said they had yet to get background information if these personalities were not tied to current and old groups operating around the region./dbs

Read Next
Rama to lead Sinulog 2021, wants ‘governing board’ out