Why not heroes of science, culture on our money? 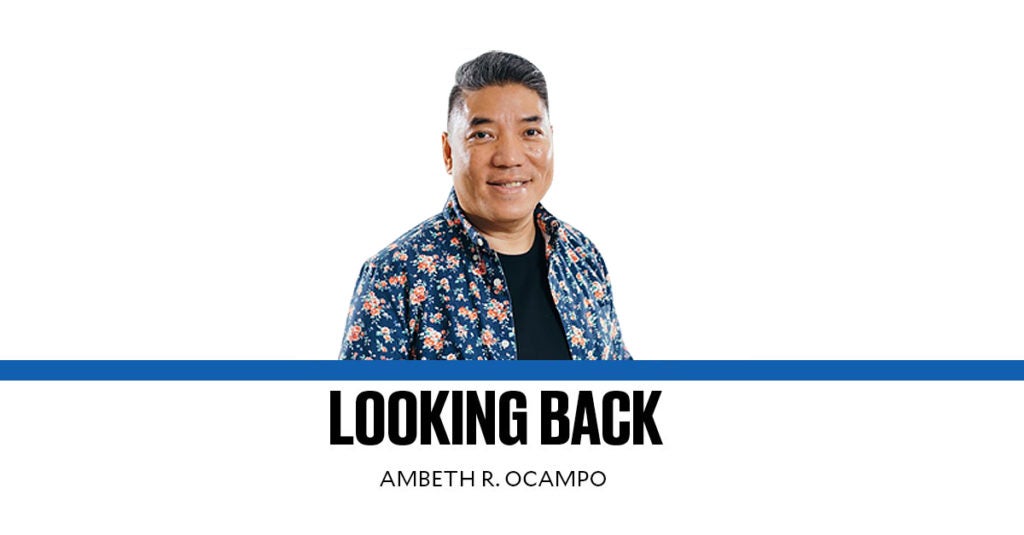 Why is it that when we speak of Filipino heroes and heroines, we do so in the past tense? Why is it that the heroes we remember are predominantly male, mostly old, and all dead? Why are discussions of heroes confined to Ara-ling Panlipunan in K-to-12 and Philippine history in college, distant and irrelevant to daily life?

National Heroes Day came and went last Monday without anyone noticing, because the President was in Davao and could not physically lay a wreath at the Libingan ng mga Bayani, to honor all heroes and heroines particularly those who remain unknown and unsung. Instead, the President recorded another dull and hollow creation from the communications office calling for heroism in the midst of a pandemic. Little wonder the President often ignores his speechwriters to ramble incoherently, bluster, and throw curses in his speeches instead, which then trend on Twitter and make the news. His worn antics could have focused on National Heroes Day.

Over a decade ago, when the Bangko Sentral ng Pilipinas numismatic committee sat down to discuss the new generation currency (NGC), I suggested that we go beyond updating the color and design of our banknotes by seriously considering a fresh set of personalities rather than giving the old ones a facelift. While the portraits on our banknotes, with the addition of Corazon Aquino, remained the same, we have come a long way since the Central Bank’s first banknotes in 1951.

A look back at the “English Series” and the choice of heroes on them requires that they be read in context. The Philippines was devastated by World War II, and in 1951, it was six years since the US had finally recognized the independence Filipinos declared in 1898, when the stillborn Malolos

Republic was crushed by US President William McKinley’s “Benevolent Assimilation” policy. That pioneering series had nine denominations and 13 portraits: Apolinario Mabini (P1), Jose Rizal (P2), Marcelo H. del Pilar and Graciano Lopez Jaena (P5), Mariano Gomes, Jose Burgos, and Jacinto Zamora (P10), Andres Bonifacio and Emilio Jacinto (P20), Antonio Luna (P50), Tandang Sora (P100), Manuel L. Quezon (P200), and Manuel Roxas (P500). Only one of the eleven 19th-century figures was a woman, and only two were involved in the Philippine-American War; majority were heroes in the struggle against Spain. Only two of the 13, Quezon and Roxas, made their mark in the 20th century.

Over the years, the 19th century heroes on the banknotes were demoted to coins. With Rizal hogging P1, the basic unit of currency, everyone else appeared in fractional currency or small change, with Lapu-Lapu on the 1 centavo coin. There are no heroes of the Philippine Revolution in the NGC; with the exception of the three World War II figures, the rest are personalities from contemporary politics. From the nine denominations in 1951, the 2010 NGC is down to six: Manuel L. Quezon (P20, soon to be moved to a coin that is more durable than paper), Sergio Osmeña (P50), Manuel Roxas (P100), Diosdado Macapagal (P200), Ninoy and Cory Aquino (P500), Jose Abad Santos, Vicente Lim and Josefa Llanes Escoda (P1,000).

Why have Quezon and Roxas been on our banknotes since 1951? Why do they appear more youthful in their latest incarnation? Moreover, all the figures in the banknotes are dead. Gloria Macapagal Arroyo used to be on the reverse of the P200 note. She was replaced with, of all things, a tarsier! Since the NGC was launched during the term of Noynoy Aquino, his signature appears on the P500 bill together with his parents Ninoy and Cory. Only Kris and Bimby are lacking to complete the set.

How different would our banknotes be under, say, a Roxas or Binay presidency?

Gilda Cordero-Fernando. Their passing made me wish that these two will live again someday, by smiling from a new series of banknotes that will not draw from politics but from the impressive roster of our

National Artists, National Scientists, and Gawad Manlilikha. While offering one’s life for the country is the ultimate sacrifice, literally and figuratively, one need not die to become a hero. Heroes of culture and science also changed the world through their lives, and enriched us with their work and legacy. They deserve a place in the next series of Philippine coins and banknotes.