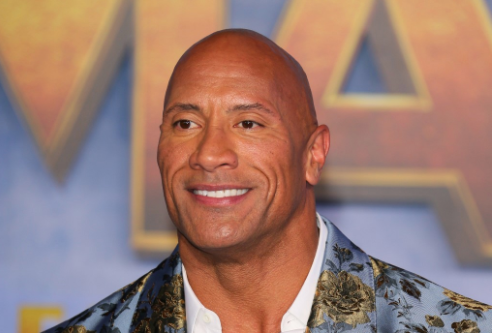 US actor Dwayne Johnson arrives for the World Premiere of “Jumanji: The Next Level” at the TCL Chinese theatre in Hollywood on December 9, 2019. (Photo by Jean-Baptiste LACROIX / AFP)

LOS ANGELES, United States – Dwayne “The Rock” Johnson and his entire family tested positive for coronavirus but have made a full recovery, the professional wrestler turned Hollywood A-lister said Wednesday.

Johnson, the world’s top-paid actor, urged his 196 million Instagram followers to wear masks and avoid “politicizing” the pandemic after revealing that he, his wife and two young daughters had picked up Covid-19 from close family friends.

“This has been one of the most challenging and difficult things we have ever had to endure as a family,” said Johnson.

“I wish it was only me who tested positive. But it wasn’t — it was my entire family, so this one was a real kick in the gut,” he added.

The “Jumanji” actor’s young children Jasmine and Tiana Gia had few symptoms, but Johnson and his wife Lauren “had a rough go,” he said.

The coronavirus pandemic has brought Hollywood to a virtual standstill, with movie productions only recently re-starting in Los Angeles under strict conditions and with skeleton crews.

After initially being praised for its response to the disease, California has suffered more cases than any US state — more than 700,000 — and was hit with a record number of deaths in August.

Top Hollywood stars including Tom Hanks, Antonio Banderas and Idris Elba have tested positive for the illness but made full recoveries.

“We are counting our blessings right now because we’re well aware that it isn’t always the case that you get on the other end of COVID-19 stronger and healthier,” said Johnson.

He added: “It baffles me that some people out there — including some politicians — will take this idea of wearing masks and make it part of a political agenda, politicizing it.

“It has nothing to do with politics. Wear your mask. It is a fact. And it is the right thing to do.”

Daniel reveals when he plans to propose to Kathryn

By: The Korean Herald/Asia News Network via Inquirer.net
Celebrities

Janine Berdin on new look: ‘Let’s not be afraid of change’