Badian tragedy: Nephew kills uncle during a dispute over land 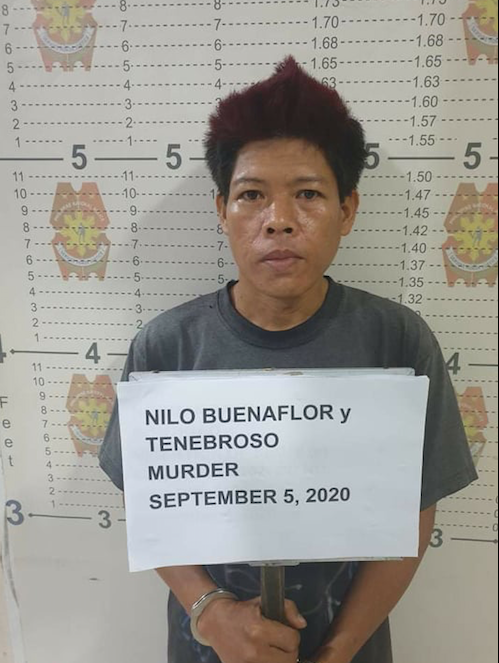 Badian Police arrested a 40-year-old farmer for killing his 63-year-old uncle during an argument over land in Barangay Basak, Badian town, on September 5, 2020. | Contributed Photo

CEBU CITY, Philippines — An argument over a piece of land ended in tragedy for a 40-year-old farmer and his 63-year-old uncle when the former slit the throat of the latter with a scythe.

Nilo Buenaflor of Barangay Basak, Badian town in southern Cebu was arrested in his house at 2 a.m. of September 5, 2020 or six hours after he killed his uncle, Vicente Jorolan.

The killing happened at 8 p.m. of September 4, 2020 inside the house of Jorolan, which is just 15 meters from the house of the suspect, Buenaflor.

Police Master Sergeant Vincent Aliñabo of the Badian Police Station said that Buenaflor denied at first that he was the one who killed the victim, but several witnesses pointed to him as the culprit.

And he eventually owned up to the killing.

Initial investigation showed that Buenaflor went to Jorolan’s house that night to confront him over ownership of the family’s piece of land.

The argument escalated ending in Buenaflor’s alleged fatal attack on his uncle.

Aliñabo said that Buenaflor’s plan was to deny the allegations against him, and that was the reason he did not flee but went directly to his house after the killing.

(He planned to deny killing his uncle but several people witnessed the attack and so he eventually owned up to it.)

Buenaflor was detained at the Badian Police Station detention cell pending the filing on Monday, September 7, 2020 of a murder charge against him./dbs

Read Next
Messi will stay with Barcelona despite wanting to leave