2 women nabbed with P6.8 million worth of suspected shabu 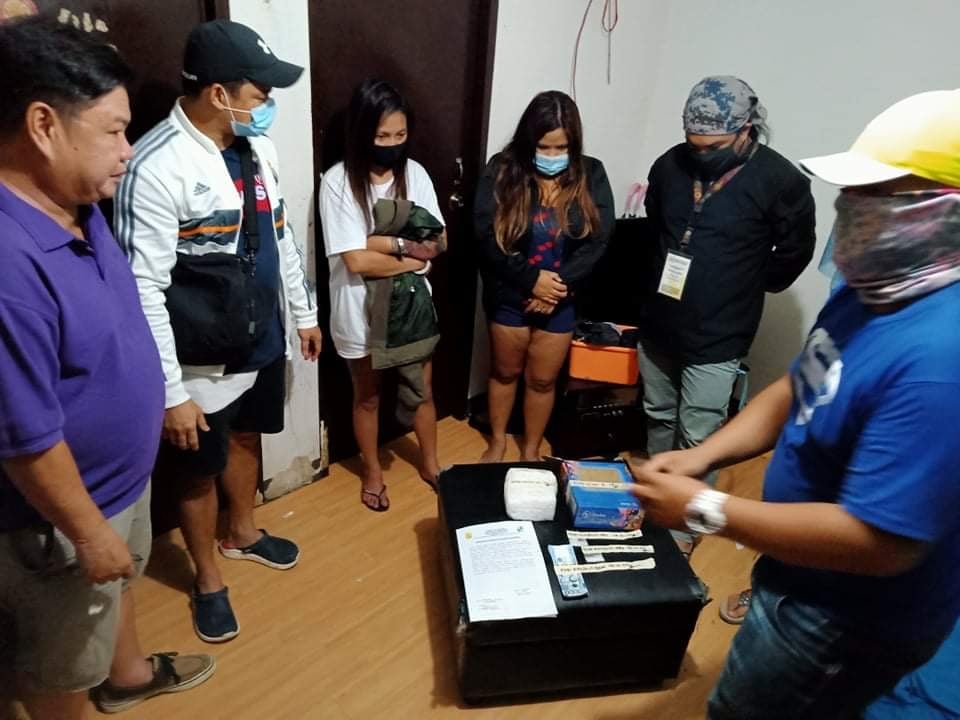 Two women who are high-value individuals are arrested by the Consolacion Police in a buy-bust operation in Barangya Subangdaku, Mandaue City, Cebu on Thursday night, September 10, 2020. | Photo Courtesy of PMaj Verniño Noserale

CEBU CITY, Philippines — Two women who were considered by police as high-value individuals (HVI) in the illegal drug trade are now detained at the Consolacion Police Station after they were arrested in a buy-bust operation on Thursday night, September 10, 2020, inside a condominium unit along Hernan Cortes Street in Barangay Subangdako, Mandaue City.

Police identified the suspects as Kris Yamas Orlanda, 34, a resident of the area, and Elsie Caranzo Danlag, 26, from the neighboring Consolacion town.

Another suspect, Psyche Gonzales Hortelano from Danao City, was able to get out of the unit before the buy-bust operation and eluded arrest.

Police Major Verniño Noserale, chief of Consolacion Police, told reporters on Friday afternoon, September 11, that they are in the process of extracting information from the two arrested women about Hortelano, who is believed to be the person in direct contact with the “boss” or the owner of the illegal drugs they sell.

According to Noserale, they believe that the women are involved in a big drug group, noting that that they are organized in their distribution of illegal drugs. He said that in the three months under surveillance, they noticed that the women do not sell to persons who could not order at least 200 grams of shabu.

Noserale said that both Orlanda and Danlag only sell five grams when they have no more money left from the commission of selling bulk  drugs.

Noserale also said that Orlanda, who admitted she has been part of the drug trading business since 2015, was able to give authorities some useful information about their operation. /bmjo