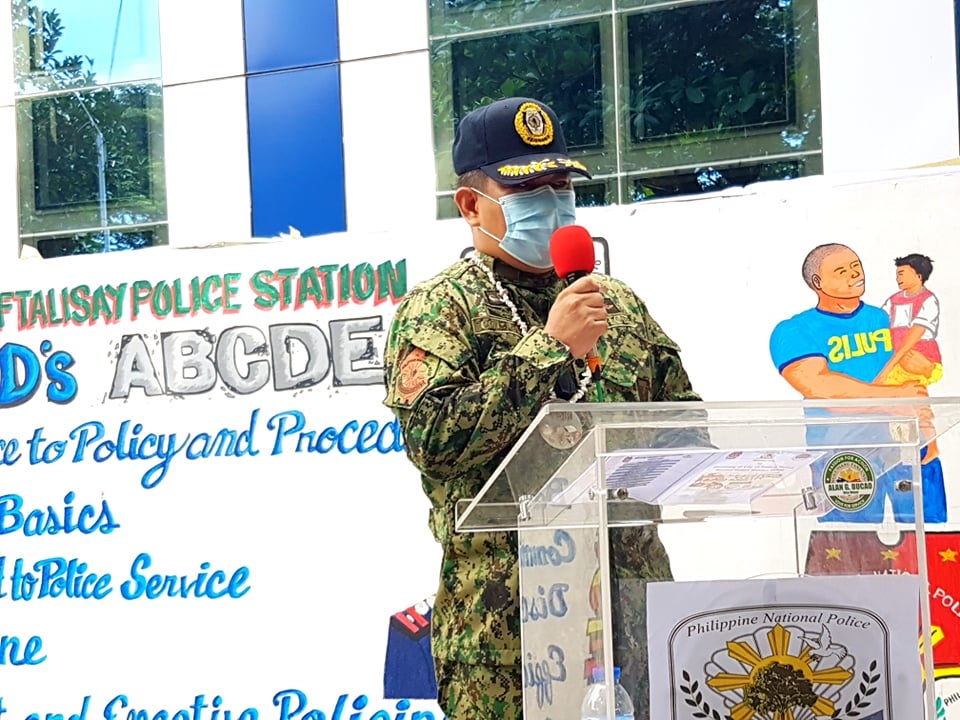 Police Colonel Aladdin Collado, new director of CPPO, is calling on the province’s policemen to go back to basics to become better public servants. | CDND Photo | Alven Marie A. Timtim

CEBU CITY, Philippines — The new director of the Cebu Police Provincial Office (CPPO) has one directive to province’s policemen and that would be to go back to their “basics” to be able to become better public servants.

Police Colonel Aladdin Collado, now the CPPO director, told reporters this Sunday, September 13, 2020, during the unveiling of mural paintings in Talisay City Police Station, that he would also be focusing on enhancing and enriching the capabilities of the police officer of CPPO.

Collado said that to be able to deliver well the strategies and plans of the police organizations and provide the public the best services, the policemen on duty must first understand what the authority given to them meant and the responsibility that came along with it.

He said his program called ABCDE (Adherence to Police and Procedures, Back to Basics, Commitment to Service, Discipline and Efficient and Effective Policing) was all about the basics of being a police officer which would be helpful in reminding the policemen the importance of their attitude towards their work.

(That is not new. If we look at ABC, that is basic. When we were kids that that is the first lesson that we learn from our parents, teachers. So that is basic. There is nothing new there, but what is new is my personal advocacy that is aligned with what I want to happen in our organization.)

Collado added they would also continue to intensify their anti-criminality campaign as it was still the directive of the PNP organization and the priority of their duties as well./dbs