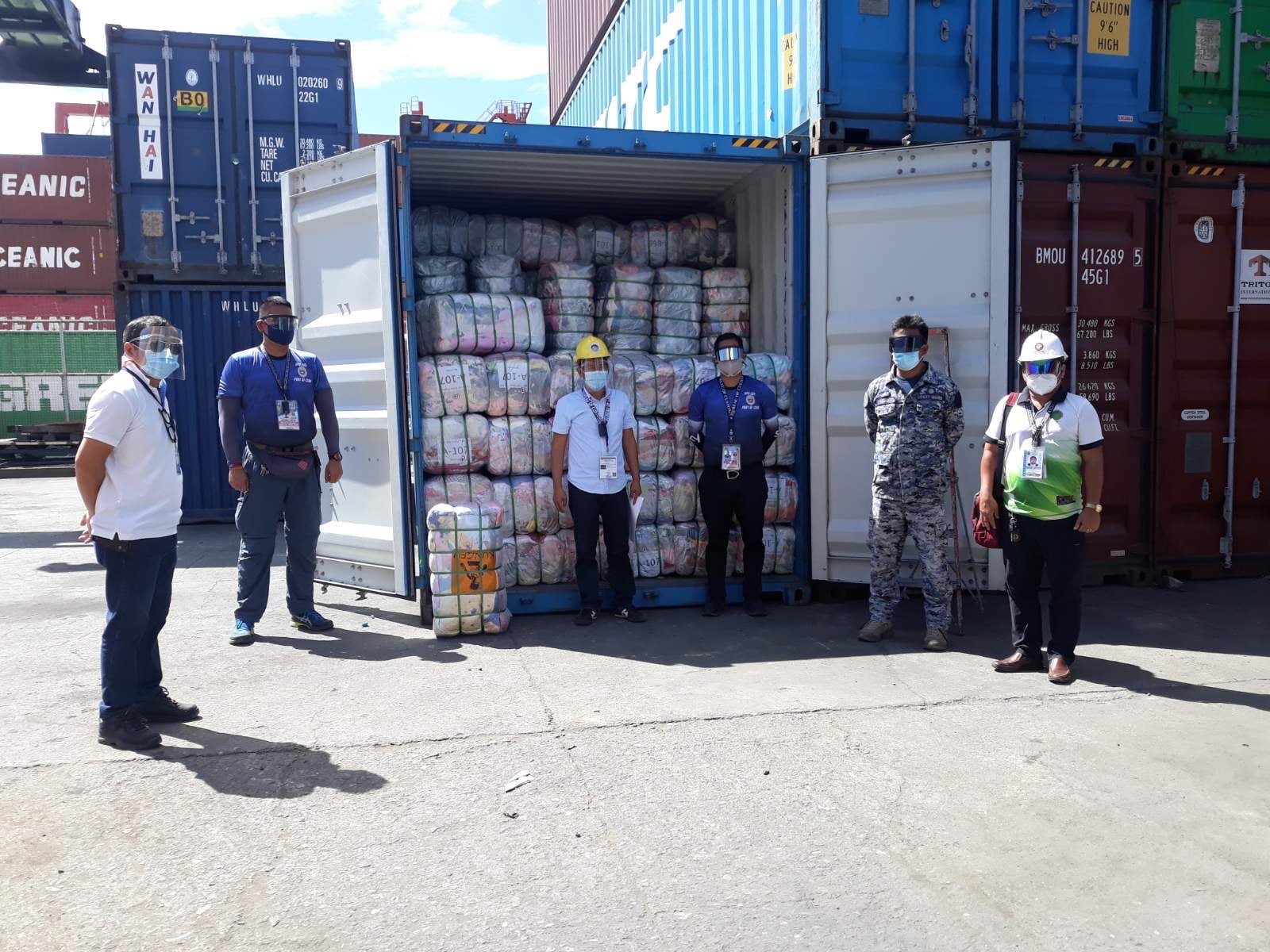 The Bureau of Customs apprehends another batch of misdeclared ukay-ukay in the Port of Cebu on September 7, 2020. (Photo courtesy of BOC)

CEBU CITY, Philippines — Another batch of misdeclared imported “ukay-ukay” or used clothes worth P4.4 million were seized by the Bureau of Customs at the Port of Cebu last Monday, September 7, 2020.

According to a report of the BOC this Tuesday, September 15, the container load that was declared as hotel supplies turned out to be 635 bales of used clothing and other goods.

The importation of used clothing is prohibited in the Philippines under RA 4653.

The BOC said a warrant of seizure and detention was immediately issued following the physical examination of the container.

Last Thursday, September 10, the BOC also reported that it seized P4.5 million worth of misdeclared imported clothing from China. The shipment, which was apprehended last August 20, was also declared as hotel supplies. /bmjo

Read Next
Stop! Read this before stalking your ex