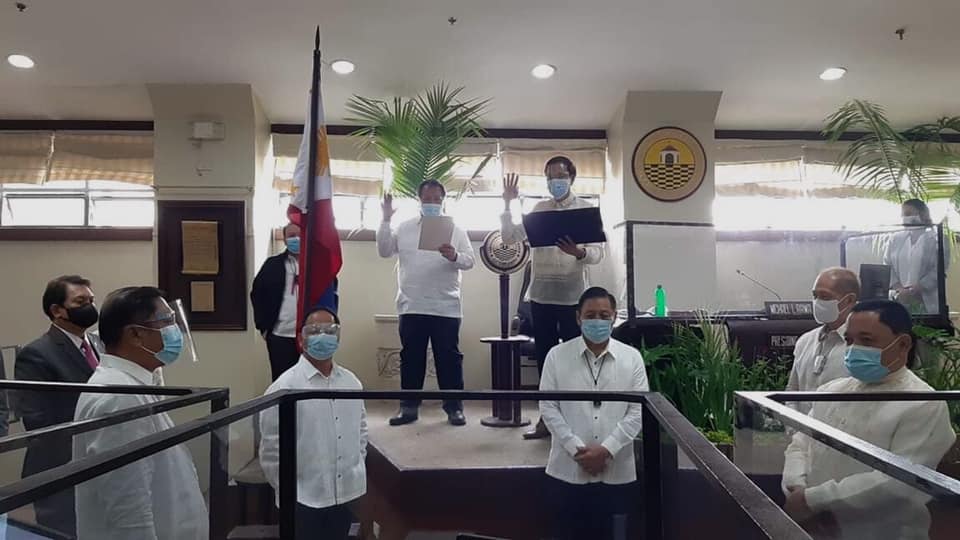 CEBU CITY, Philippines — The Cebu City Council has returned to the city’s Session Hall to conduct their weekly regular session after almost five months of conducting these sessions online.

The barriers are expected to protect the council members against the spread of the Coronavirus Disease 2019 (COVID-19) and is part of the new normal in conducting sessions.

The council members still wore masks during the session and disinfectants were readily available for their use.

Even guests who are called to speak in front of the Council are asked to wear masks while disinfectants are prepared at the podium where they are to speak.

Cuenco was recently appointed by President Rodrigo Duterte after he was nominated by Barug-PDP Laban as a replacement for his father, who died of the COVID-19 last June 2020.

This is inherently a return to office for Cuenco, who served six years from 2013 to 2019, but did not run in the last election to pave the way for his father.

In his first privilege speech, Cuenco paid tribute to his late father, whose contributions to the City Council and to Congress have helped improve the lives of Cebu City residents.

“I know I will never fit into the shoes he has left behind, but I will cherish them and keep in mind to the shadow that is cast, which will always be a measure by which I have to keep up with,” said Councilor Cuenco.

Cuenco said he will put his best efforts into contributing the City Council’s goals, especially amid the COVID-19 pandemic, which took the lives of many, including his own father.

“I join you today with a strong will to work with you and the executive body,” he added.

The councilor said he will focus on improving the internet connection in the city so that students will not have to suffer through the lack of connection during online classes.

Cuenco aims that the city will become a Wifi hotspot with free internet connectivity at high speed in public parks and playgrounds such as Plaza Independencia and Fuente Osmeña Circle.

The councilor will be taking committee chairmanship and/or memberships in the committee on transportation and committee on communication. /bmjo