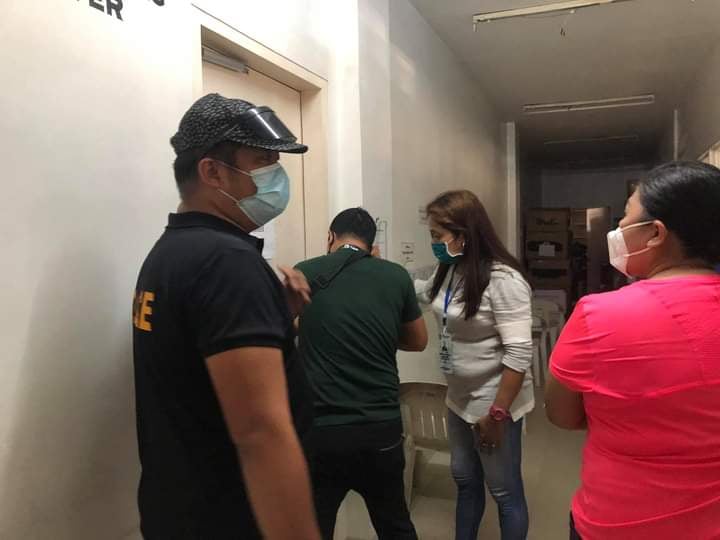 Police arrive at the office of the Lapu-Lapu City Health Department after they found out that a thief had entered the office and fled with P50,000 cash. | Photo courtesy of Grace Carungay

LAPU-LAPU City, Philippines — A burglar hit another office in another building at the Lapu-Lapu city hall compound at late evening of October 2 or early morning of October 3 and fled with at least P50,000 cash.

This time around the thief hit the City Health Department Office at the second floor of a building beside the main City Hall building.

The first burglary happened nine days ago — September 25 — when thieves stole laptops and cash at the City Social Welfare and Development Office (CSWDO), which is also located in a separate building at the city hall compound.

(The thief stole the contributions of the annual membership of the BHWs [Barangay Health Workers], their sinking fund and cash intended for the nutrition officer.) 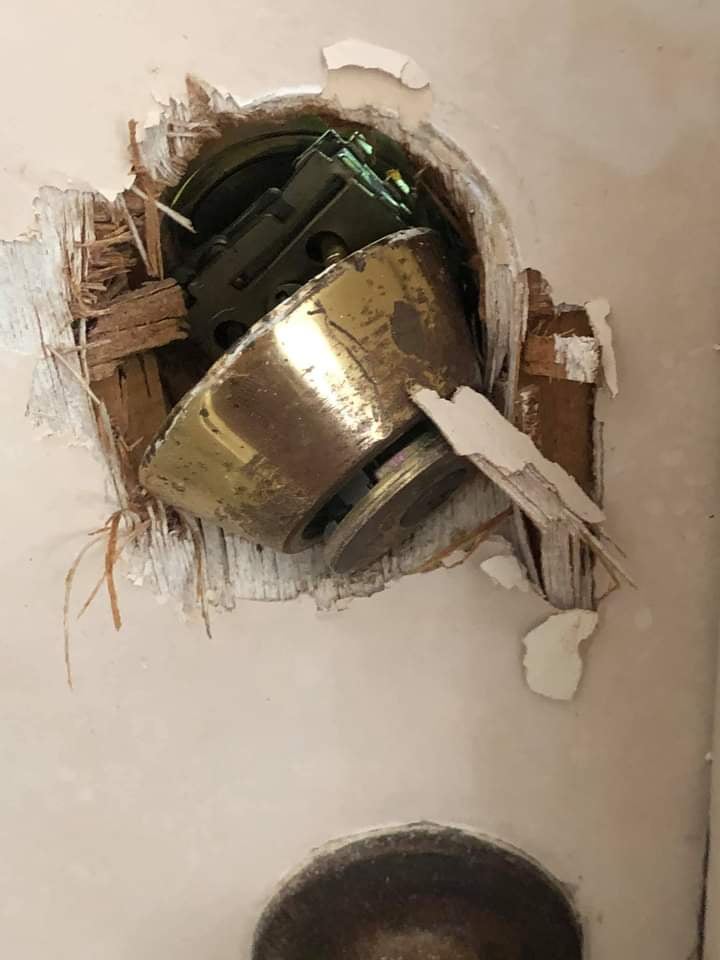 This is one of the door knobs destroyed by the thief to enter the office. | Photo courtesy of Grace Carungay

Carungay said that the burglary was found out after some of their employees arrived in the office this morning, October 3, and found the door knobs of three rooms at their office already broken.

The door knob of the fourth room in the office was not destroyed but the thief successfully entered the room and this was where the cash was placed. 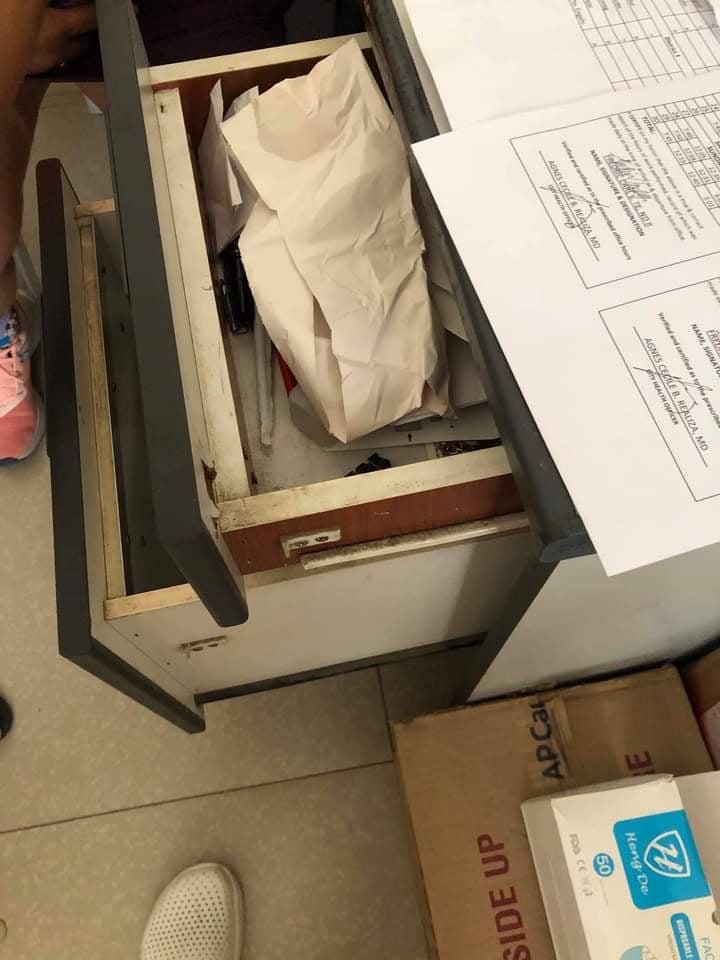 Carungay said the thief must have used some kind of card to open the door of the fourth room.

She also said that the thief could only have been targeting the cash since some valuable items were not taken such as laptops.

Carungay said she believed that the burglar could have entered the office through the window of the comfort room at the second floor of the building.

Authorities are still investigating the incident./dbs