Down 0-2 in NBA Finals, ‘stubborn’ Heat not giving up 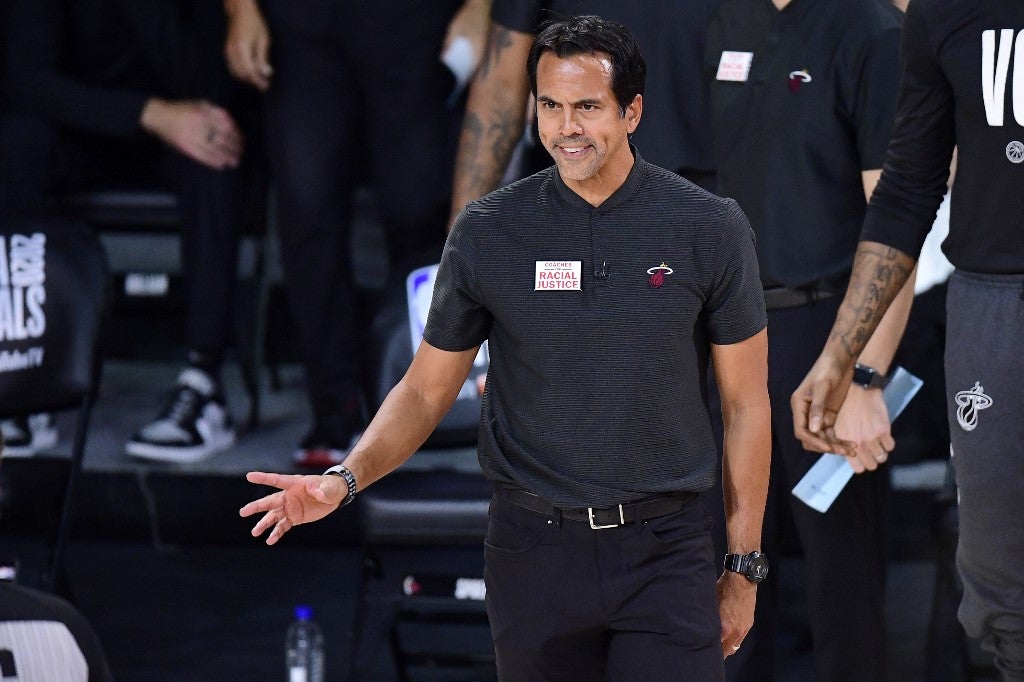 Head coach Erik Spoelstra of the Miami Heat reacts during the second half against the Los Angeles Lakers in Game Two of the 2020 NBA Finals at AdventHealth Arena at ESPN Wide World Of Sports Complex on October 02, 2020 in Lake Buena Vista, Florida. Douglas P. DeFelice/Getty Images/AFP

MANILA, Philippines — Erik Spoelstra and the Miami Heat weren’t even supposed to be in the 2020 NBA Finals, and yet they overcame the odds and the predictions.

Despite being down 0-2 against the vaunted Los Angeles Lakers, Spoelstra is adamant that Miami is far from done.

And all that stems from that mentality that has carried the team throughout the season.

“We don’t give a s*** what everybody else thinks,” said Spoelstra during a virtual press conference after the Lakers’ 124-114 win. “What will it take? Whatever is necessary. It’s simple as that. If you want something badly enough, you’ll figure it out.”

Miami wobbled into Game 2 without center Bam Adebayo and point guard Goran Dragic but that didn’t stop the fifth-seeded Heat to take the fight to the Lakers.

Veteran Udonis Haslem, who was part of the previous three Heat teams that won the franchise’s only titles, gave a passionate albeit expletive-laden cry to his teammates to pick it up.

After trailing 68-54, the Heat rallied in the third to outscore the Lakers, 39-35, and cut the deficit to 10, 103-93. But they just couldn’t get over the hump as LA maintained its dominance in the fourth.

“Our group is extremely stubborn, persistent, and we just need to figure out how to overcome this opponent,” said Spoelstra. “And that we respect the quality, high quality of opponent that we’re playing, you got to figure it out and overcome it.”

TAGS: down 0-2 in NBA Finals, not giving up, Spoelstra, stubborn Heat