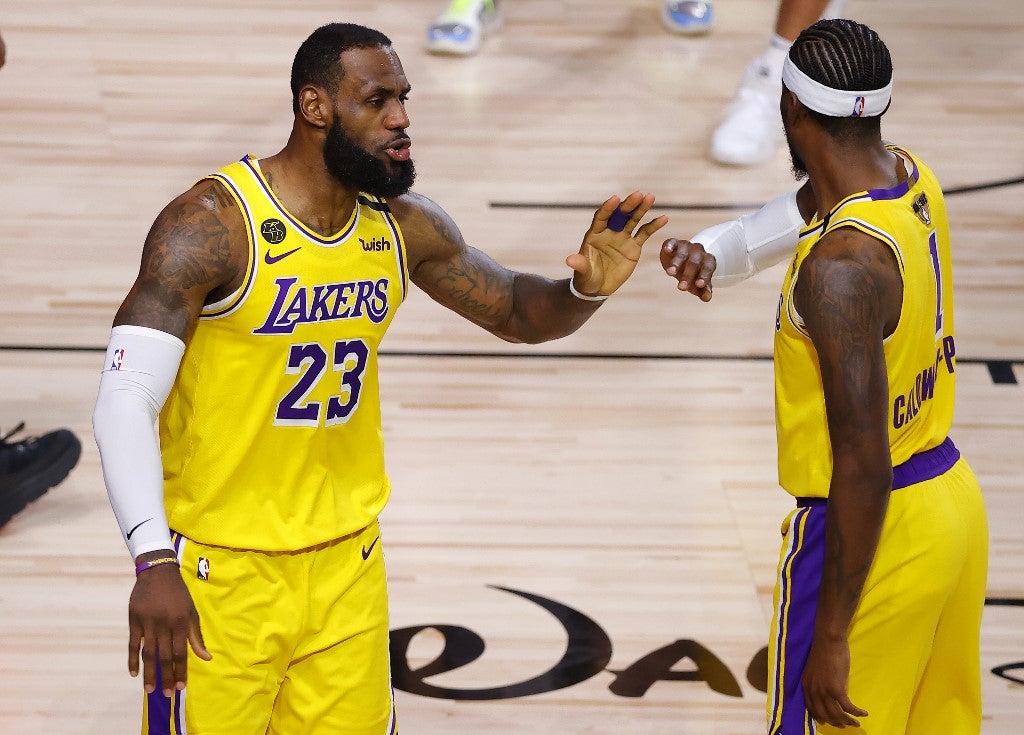 Talisay City, Cebu—Some of Cebu’s basketball stars pick the Los Angeles Lakers to win the most unique NBA title ever against the Miami Heat in Game 5 on Saturday, October 10, 2020, (Philippine time).

The Lakers, headed by superstar LeBron James, are leading the Heat, 3-1, and are just a win away from clinching their 17th NBA title, their first in a decade.

While some Heat fans still hold on to hope, local basketball personalities believe it would be difficult for the Eastern Conference champions to recover from the 1-3 deficit.

Ex Philippine Basketball Association (PBA) star Dondon “The Cebuano Hotshot” Hontiveros, now a city councilor in Cebu City, says he thinks strongly that the Lakers will finish off the heat in Game 5.

“Though closeout games are difficult, Miami has to be perfect [in Game 5] and try to limit AD (Anthony Davis) like what they did in Game 3 [to be able to survive Game 5]. And, like what LeBron (James) did hours before Game 4, he would send the same message he sent last time. MUST WIN!!,” Hontiveros said.

Rey Anthony Suerte, the no.2 pick in the 2019 PBA draft who once played for the University of the Visayas in the Cesafi, also said he is 80 percent sure that the Lakers will win it all in Game 5.

(The momentum is with them (Lakers) and Miami is already under pressure because if they do not win tomorrow, there is no more chance for them to come back.)

(But sitll, there is a saying that ‘the ball is round.’)

Suerte’s former UV teammate, Ted Saga, says it is the Lakers’ experience that will push them to the top.

(They have more veterans and experienced players while Miami is more on the rookie side but for sure they will give it a good competition because they are also hungry for their goal.)

Saga added that adding motivation for the Lakers is the fact that they will be donning the “Black Mamba” jersey in Game 5. They’ve never lost a game while wearing that set of uniforms honoring the late Lakers superstar Kobe Bryant.

Southwestern University (SWU) Cobras’ Dyll Roncal, meanwhile, said he said he is 99 percent sure the Lakers will bag the title in Game 5.

(You can see in Game 4 that they are hungry to clinch the championship especially LeBron James who can’t wait to get a championship ring wearing the purple and jellow jersey of the Lakers.)

University of San Jose Recoletos (USJ-R) Jaguars head coach Leode Garcia, for his part, said that if the Lakers want it done on Friday, they are very capable of it.

(If they let it reach Game 6, then there is something wrong. Lakers has the most advantage in this finals.)

Garcia said that this is so because they have a deeper bench and they have most of the quality players.

“In short, they have a balanced lineup.”

The Lakers pulled themselves a win away from the crown by winning Game 4, 102-96.

Read Next
Duterte tells Congress: Resolve your issue or I will do it for you