Labella’s EO No. 99 allows malls, restaurants to operate until 11 p.m. 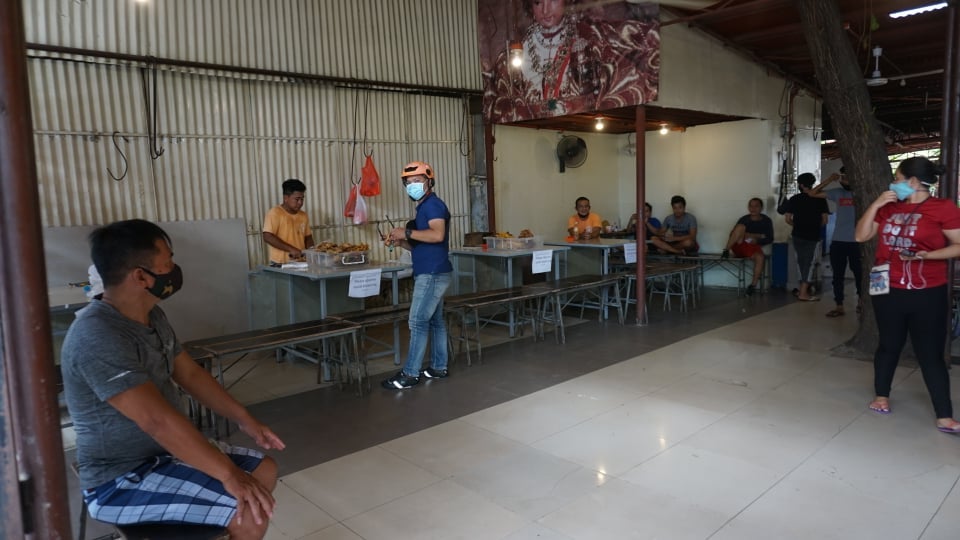 A no dine-in policy remains in effect at the Pungko-Pungko sa Fuente.  The once busy eatery will only cater to take-out orders while Cebu City remains under modified general community quarantine. | CDND File Photo

CEBU CITY, Philippines –Cebu City residents can now spend long hours outside of their homes after Mayor Edgardo Labella allowed malls, dine-in restaurants, and other commercial establishments to operate until 11 p.m. if they would wish to.

However, these establishments will only be allowed to accommodate 75 percent of its supposed capacity.

The loosening of restrictions on the operation of malls, restaurants, and food delivery services is contained in Executive Order No. 99 series of 2020 which Labella signed on Friday, October 9.

“We have now allowed 24-hour operations of food preparation establishments for take-out and delivery services while dine-in capacity in restaurants has been increased to 75 percent,” Labella said in a social media post this Friday.

With the reduction of the city’s curfew hours, Labella has also allowed establishments like malls and restaurants to extend their operation by an hour or until 11 p.m. instead of 10 p.m.

The adjustment will also allow Cebuanos who wanted to unwind to already drink liquor since the city’s liquor ban has already been lifted.  But serving will only be limited to two orders or bottles per customer.

But the implementation of the liquor ban will continue among sari-sari and convenience stores in the city to especially discourage minors from going out of their homes to drink liquor with friends. / dcb