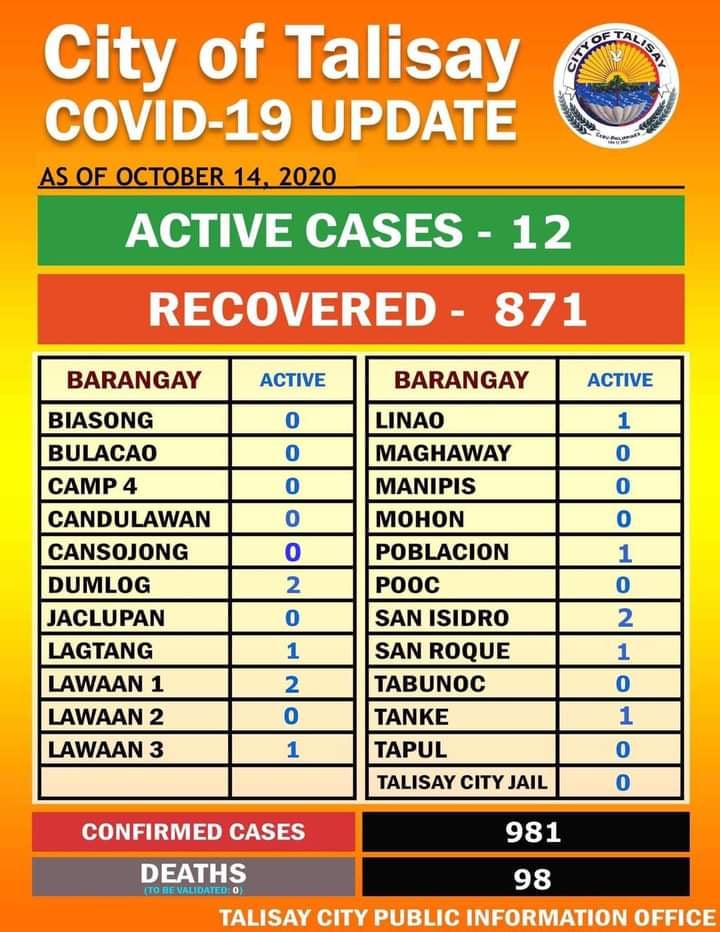 In a late night post on October 15, 2020, the Talisay City Public Information Office (PIO) revealed that the cases were recorded in Barangays Lawaan I and Linao.

The case in Barangay Lawaan I is that of a 37-year-old male who was swabbed on October 12, 2020, for influenza-like-symptoms.

Similarly, the case in Barangay Linao is that of a 52-year-old female who was swabbed on the same day for symptoms as well.

With the two recoveries recorded alongside the new cases, the city’s number of active cases remains at 12 out of the total 981 confirmed cases.

The number of recoveries is now at 871 for a recovery rate of 88.7 percent.

Only 9 out the 22 barangays currently have active infections. /bmjo