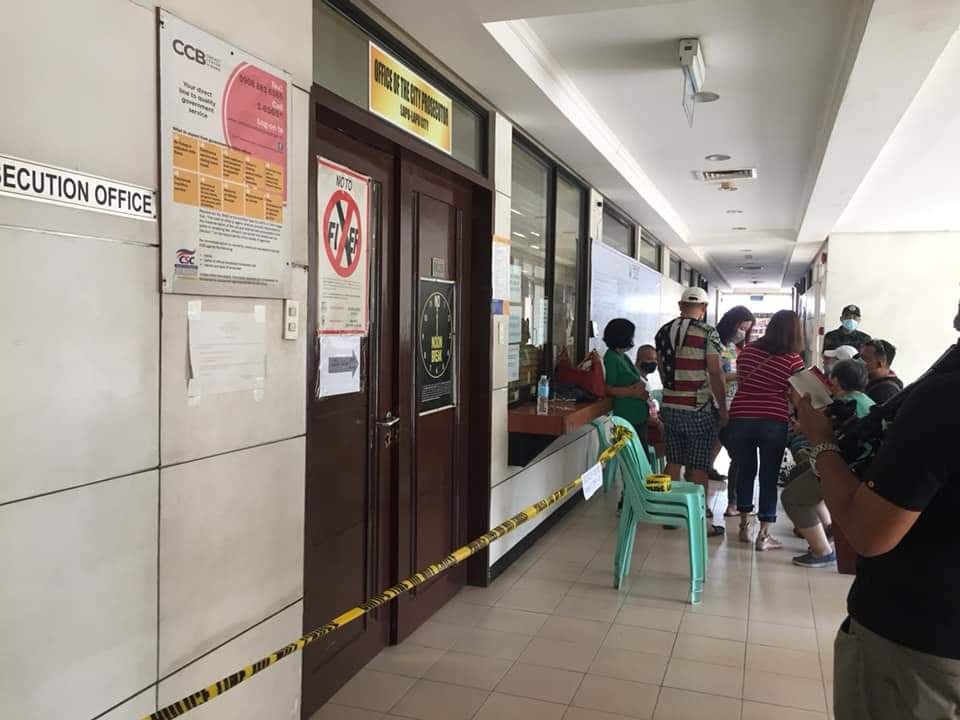 Burglars have broken into the Lapu-Lapu City Prosecutor’s Office today, October 17, and have fled with a gun and an undetermined amount of cash. | Photo courtesy of Lapu-Lapu PIO

LAPU-LAPU CITY, Philippines — Burglars have hit another office at the Lapu-Lapu city hall compound. This time it was the Lapu-Lapu City Prosecutor’s Office — the 4th office to be burglarized in the compound in 23 days.

This despite the additional CCTVs or security cameras installed there and security guards in the compound.

Police said that the thieves forcibly opened the door of the fiscal’s office and fled with some pieces of evidence namely a .357 revolver with bullets, an undetermined amount of cash and personal belongings.

According to the spot report of the Lapu-Lapu City Police Station 3, a janitor discovered the burglary at 7:50 a.m. today, October 17.

Rosalie Mancao was cleaning the floor near the entrance door of the office when she noticed that the door lock was already destroyed.

Aside from the door lock in the entrance door, the door locks of the cubicle offices of the assistant prosecutors were also destroyed and the desks of the staff were also opened.

The thieves stole the handgun and six bullets, an undetermined amount of cash, and personal belongings.

Police said there were two security guards on duty during the night at the Lapu-Lapu City Hall of Justice, where the City Prosecutor’s Office is located.  However, the guards only remained at the building’s lobby when the burglary happened.

Lapu-Lapu City Mayor Junard “Ahong” Chan, for his part, told reporters that he would ask the police to review the CCTV cameras inside the Hall of Justice where the City Prosecutor’s Office was situated.

READ: Police not discounting ‘inside job’ in Lapu CESU burglary

He said he was shocked to learn about another burglary at the city hall compound and he only knew about it on the media.

Other offices that were burglarized in the City Hall compound were the City Social Welfare and Development Office (September 25), City Health Department (October 2), and the City Civil Registrar’s Office (October 11).