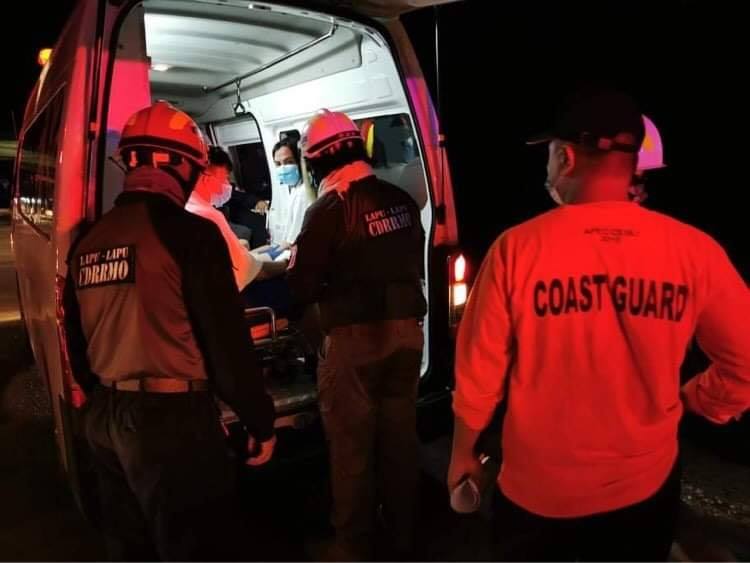 The Disaster Risk Reduction personnel and the Philippine Coast Guard rescue 10 people stranded off the coast of Barangay Marigondon, Lapu-Lapu City on a pump boat at past midnight of October 26, 2020. | Photo courtesy of Mayor Junard Chan in his FB page

LAPU-LAPU CITY, CEBU, Philippines — Ten persons, who were stranded in the sea off Barangay Marigondon, Lapu Lapu City after the pumpboat or motor banca they were on cannot dock on the wharf because of big waves, were rescued about 8 hours later.

In his Facebook post, Lapu-Lapu City Mayor Junard “Ahong” Chan said that the group were having an island hopping activity on the morning of October 25, Sunday, but when they returned at 4 p.m. that day, their motor banca or pumpboat the heavy rain and big waves made it impossible for their motor banca to dock at the wharf in Marigondon. 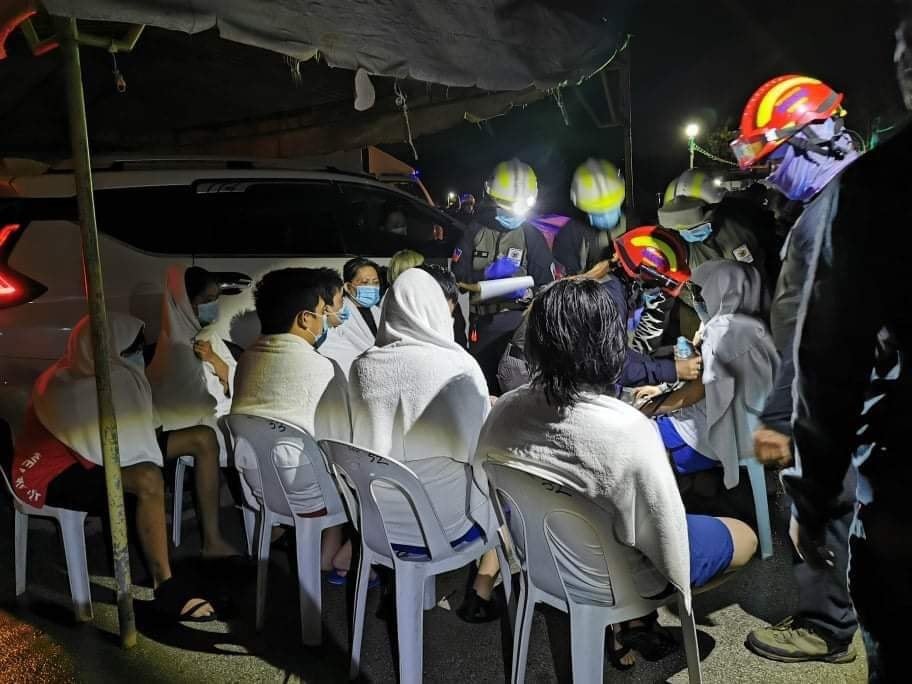 These are some of the rescued persons, who were stranded on a pumpboat off the coast of Barangay Marigondon, Lapu-Lapu City. The rescued individuals were unable to dock at the a wharf in Marigondon because of the heavy rain and big waves when they returned from an island hopping activity at past 4 p.m. of October 25, 2020. | Photo courtesy of Mayor Chan’s FB page

The Lapu-Lapu City Disaster Risk Reduction and Management Office only learned about the stranded island hopping group at nearly midnight.

The DRRMO team coordinated with the Philippine Coast Guard and rescued the 10 people stranded in a pump boat off the Marigondon Coast at past midnight or at least eight hours since their return from their island hopping activity.

(The DRRMO team received the report about the stranded people at nearly midnignt of October 26, responded and successfully rescued them.)

(We are grateful to the emergency responders, who are led by Nagiel Banacia for their quick response.)

Mayor Chan said that the 10 persons in the pump boat were rescued at past midnight and were sent all sent safely to their homes at 2 a.m. today, October 26.

Aside from the sea rescue in Marigondon, earlier in the day, all crewmen from a distressed vessel off the seas of eastern Bohol were rescued after their ship which carried bags of cement had engine failure and took in water at noon of Sunday, October 25. /dbs