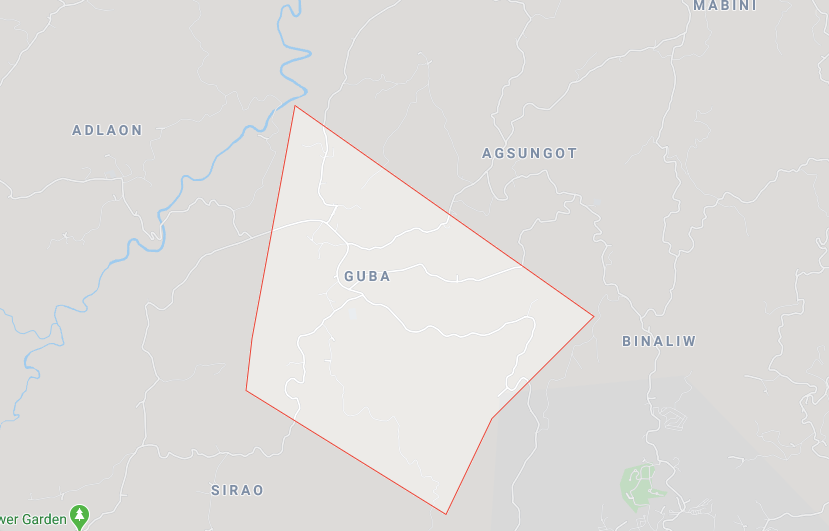 Map of Barangay Guba in Cebu City via Google Maps.

CEBU CITY, Philippines — The Bureau of Fire Protection in Cebu City (BFP Cebu City) is pushing for a fire station in Barangay Guba, a strategic place for faster response to all other mountain barangays.

BFP Cebu City Director Jopehus Alburo said that there would be a need to put up a fire station at the mountain barangays because the residential areas in these barangays had been growing.

This means that there would also be an increased chance of fire incidents and other accidents like landslides and flash floods in the area.

“Mag-una ta didto before moabot ang daghan tawo mopuyo didto, dapat naa na ta. (We should be the first to be there before the residential area grows in that area),” said Alburo.

The BFP is hoping for the full support of the city for this endeavor because this will allow for quicker response in the mountain barangays.

The plan is still in its intitial stages, but Alburo believes that it will soon come to fruition as Mayor Edgardo Labella has already verbally expressed his support to the plan.

Recently, the Cebu City BFP has give aerial ladders worth P17 million, which are among the many pieces of equipment the city government have provided to the BFP.

Alburo said that the city’s support was important for them because it would give a high morale for the fire responders risking their lives on the ground.

He said the Guba Fire Station would bring them closer to the barangays in the mountains and the residents who need them the most. /dbs