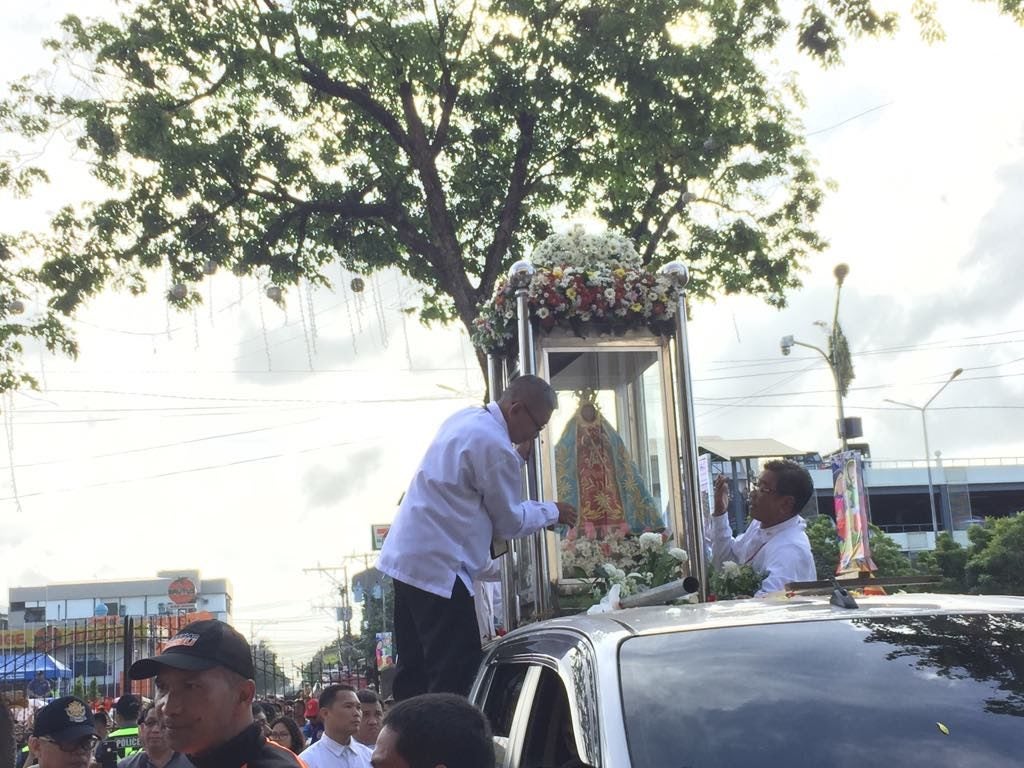 The image of the Our Lady of Guadalupe arrives at the National Shrine of St. Joseph during January 2020 Traslacion. | Photo by Rosalie O. Abatayo

CEBU CITY, Philippines — Motorcades in line with the Fiesta Señor celebration this 2021 could be canceled, organizers on Monday, November 2 announced.

Cebu City Councilor Philip Zafra, in a phone interview with reporters, said concerns on enforcing minimum health standards as well as compliance over it had prompted them to reconsider their plans to hold motorcades for one of Cebu’s most awaited religious celebrations.

“We observed everyone lately that we’re getting lenient when we’re outside. This is one of our apprehensions when we will be doing motorcades,” Zafra said in Cebuano.

Zafra said these were just some of the discussions raised when organizers of the Fiesta Señor 2021 from the city government presented their initial plans before Mayor Edgardo Labella last Thursday, October 29.

“If we’re going to push through with the motorcades, we expect people to crowd on sidewalks to witness and join the event. But considering the behavior we recently observed, it’s quite difficult to ensure that health protocols are being followed during motorcades,” said Zafra.

“This is why we’re contemplating in suggesting to the priests that there might be a possibility to cancel the motorcade, and we’ll just concentrate on holding the Novena Masses only,” he added.

It can be recalled that organizers earlier disclosed their plans to conduct events in line with the Fiesta Señor celebration purely through motorcades, including one that aims to cover the entire Cebu province after the culmination of the Fiesta Señor so devotees will no longer have to flock in the streets of Metro Cebu to participate.

In the meantime, Zafra said they would be modifying their current strategies and plans to accommodate concerns raised during their recent meeting.

“For the record, everything is not yet final. These are still plans but we are hoping to finalize them within the month (of November),” he said.

The Fiesta Señor is a week-long religious celebration in honor of Señor Sto. Niño. The culmination of the event is annually held every third Sunday of January together with the secular celebration of the equally popular Sinulog Festival. / ###

Read Next
Leader of group, who robbed cabbie in Lapu-Lapu, nabbed in Mandaue