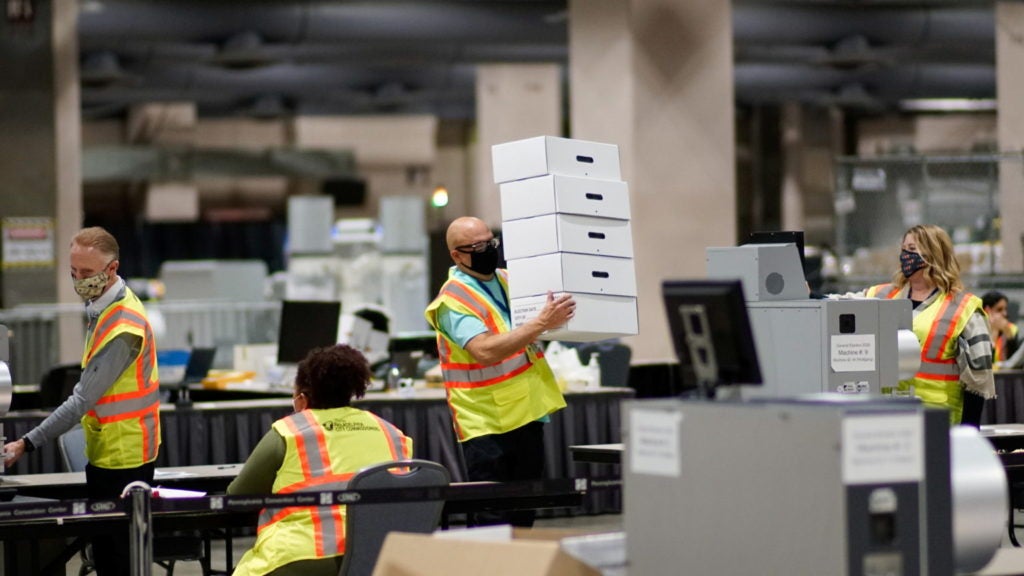 A federal judge denied an emergency request from U.S. President Donald Trump’s campaign on Thursday to stop ballot counting in Philadelphia so long as Republican observers were not present.

Trump’s campaign had sued Philadelphia County’s Board of Elections earlier in the day to seek an emergency injunction.

The campaign said election officials were “intentionally refusing to allow any representatives and poll watchers for President Trump and the Republican Party.” The lawsuit was filed with the federal court in Philadelphia.

“As stated during today’s emergency injunction hearing, in light of the parties’ agreement, plaintiff’s motion is denied without prejudice,” U.S. District Judge Paul Diamond said in a one-sentence order late on Thursday.

A state appellate court ruled earlier in the day that more Republican observers could enter the building in Philadelphia where poll workers were counting ballots.

The U.S. Postal Service (USPS) said about 1,700 ballots had been identified in Pennsylvania at processing facilities during two sweeps late on Thursday and were in the process of being delivered to election officials.

Trump has repeatedly said without evidence that mail-in votes were prone to fraud, although election experts say that is rare in U.S. elections.