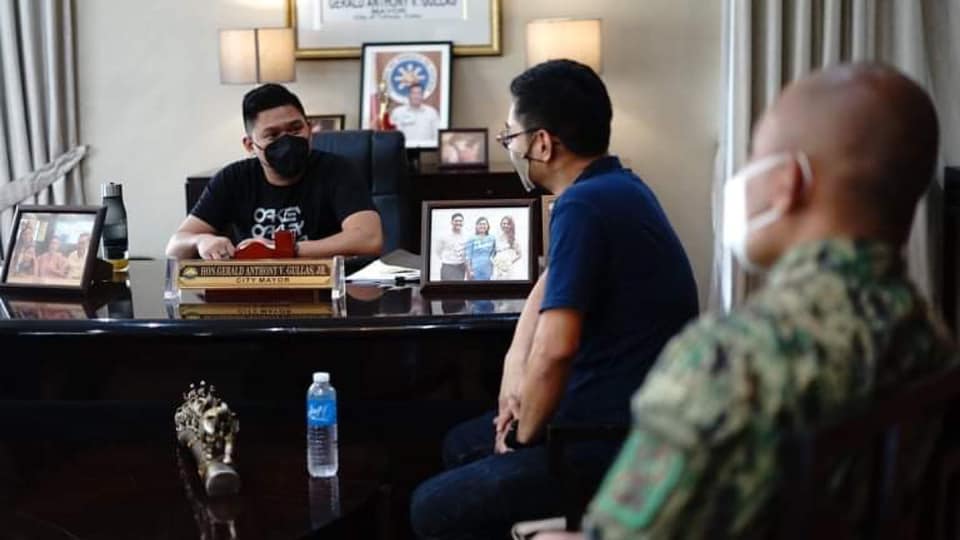 CEBU CITY, Philippines — Talisay City Mayor Gerald Anthony “Samsam” Gullas ordered the city police to deploy a patrol near the Land Transportation Office in Central Visayas Lawaan branch following a reported gathering of people there waiting to be catered to by the transportation agency.

The mayor’s order came after a complaint was aired online by a netizen claiming that people lined up as late as 7 p.m. to get a chance for a slot for the next day’s processing of their driver’s license and student driving permits.

The netizen said that the people not only lined up overnight, but they also slept along the road, risking their lives against the elements and the possibility of catching the Sars-Cov2, the virus responsible for the Coronavirus Disease 2019 (COVID-19).

The people lining up also risk apprehension for violating the curfew, but the police have seemingly failed to notice this nightly line of LTO clients.

With the risk of increasing the number of COVID-19 cases in the city and endangering the safety of the residents, Gullas has ordered the police to make sure that the area is no longer filled with people waiting in line.

This the police are ordered to maintain while the LTO-7 Talisay office is fixing their system to implement health protocols in the establishment.

“Though LTO 7 director Victor Caindec has assured that an investigation will be done to address the complainant’s concern, I am also concerned for the personal health of those who were lining outside the LTO Talisay Branch,” Gullas said.

“I thank (LTO-7) Director (Victor Caindec) for his quick thinking and for immediately addressing the matter. I have already asked our Talisay City PNP Major Gerard Pelare to deploy personnel near the LTO Talisay Branch to check if the same queues are still there. We cannot allow such gatherings in one place,” said the mayor.
The mayor also assured the public that the city government is working with LTO-7 to investigate the matter.
He also encouraged residents to report these kinds of problems in agencies around the city.
The city government reminded both public and private agencies to maintain health protocols for the safety of its employees and the general public. /rcg