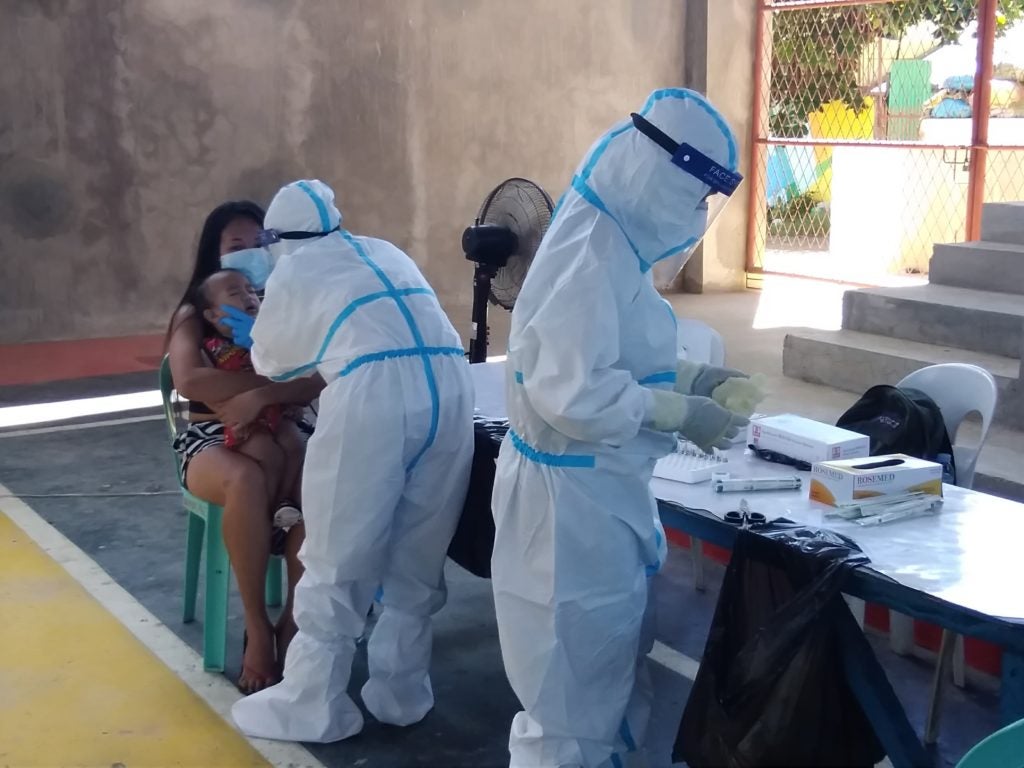 LAPU-LAPU CITY, Philippines– The Lapu-Lapu City Health Department has recorded 33 individuals who tested positive for COVID-19 in the mass swab testing that they conducted on the 11 barangays with the most number of infections.

Aside from this, the mass swab testing was also conducted in Barangay Basak, Pusok, Babag, and Mactan.

She added that around 1,340 individuals from nine barangays volunteered in the swab testing activity.

She added that the mass swab-testing will resume next week for the remaining three barangays namely Agus, Calawisan, and another round in Barangay Basak.

On Wednesday, November 18, 2020, Carungay said that the city has only recorded one new COVID-19 case out of 50 samples that they submitted to the Department of Health (DOH)-7’s Cebu TB Reference Laboratory (CTRL) Molecular Facility for COVID-19 testing.

Currently, the city has 90 active cases of COVID-19./rcg