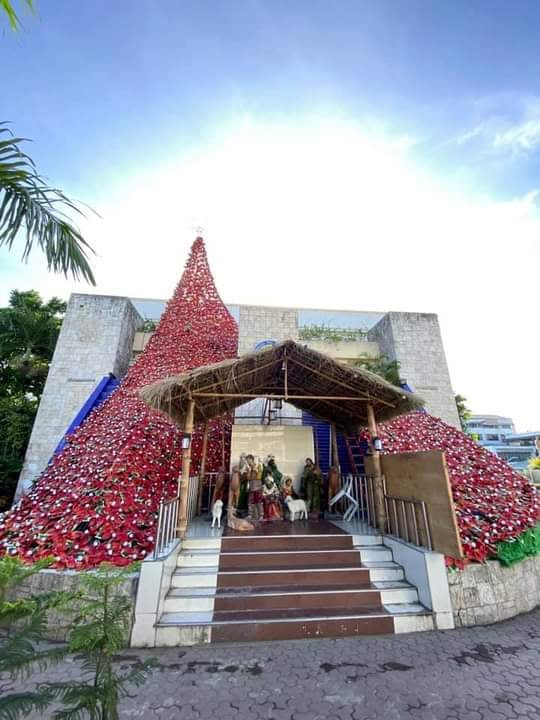 Mandaue City has opted to use less lavish Christmas decorations this year in keeping with the difficult times. | Photo courtesy of Mandaue PIO

MANDAUE CITY, Philippines– From P3 million spent last year for Christmas lights and decorations, the Mandaue City Government has trimmed its budget for such to just P600,000 this year.

Engineer Marivic Cabigas, Department of General Services head, said due to the dire effects of the COVID-19 pandemic to the local economy not to mention the already overburdened city coffers due to the city’s COVID-19 response, they decided to just reuse some of their Christmas decorations from last year.

She said P600,000 was spent on the purchase of Christmas lights.

She explained that it is not safe to use again last year’s series lights.

Cabigas said that even in this time of the pandemic, the city government wants residents to feel the spirit of Christmas, should not lose hope and faith, especially with this year’s Fairyland Christmas concept.

She said residents need not go to other places to feel the spirit of the season because they can take pictures of the decors right in their own city.

Mandaue City will hold its own Christmas Tree lighting ceremony at 7 p.m. on Thursday, December 3, 2020./rcg