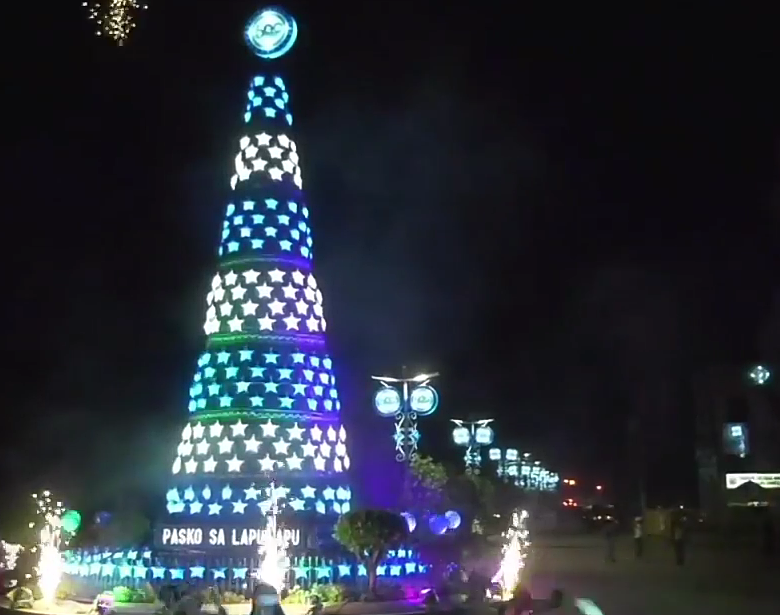 The program started at 5:30 p.m. in front of the Lapu-Lapu City Hall, where the Christmas tree is located.

Chan said that their Christmas tree is around 30-feet tall, decorated with 500 “parols” made by the inmates of the Lapu-Lapu City Jail.

(We bought this for three for P100 from our inmates at the Lapu-Lapu City Jail so that they can earn from their livelihood.)

Chan also urged the public to sponsor a parol, for any amount, as the proceeds from these will be used for the Noche Buena of inmates during Christmas and distribution of Christmas gifts to poor families and children.

Aside from the Christmas tree, the city also lit up the lanterns installed at the center island of the city’s streets.

Cindi Chan, the chairperson of the Lapu-Lapu City Tourism Historical and Cultural Affairs, said that the lanterns were designed by Eric Quiwa, a famous lantern maker from Pampanga.

(The design of that coincides with the 500 years of Christianity, so that we can use these until April next year for the Quincentennial Celebration.)