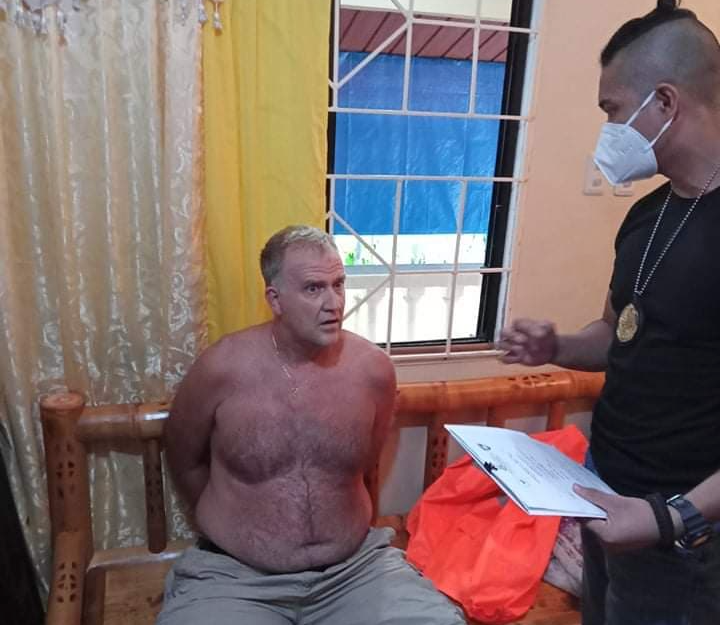 Initial reports from the National Bureau of Investigation in Central Visayas (NBI-7) showed that the suspect, identified as Donald Robert Tyler, was arrested in his residence in Barangay San Roque, Ginatilan in southwestern Cebu.

NBI-7 said that the operation, by virtue of an arrest warrant, was in coordination with the Philippines’ Bureau of Immigration (BI) and the Federal Bureau of Investigation (FBI) of the United States government.

Based on the identification cards (ID) the authorities seized, Tyler was granted the status of Special Resident Retiree’s Visa in October 2018 by the Philippine Retirement Authority (PRA), a bureau under the Department of Tourism (DOT).

He will be brought to NBI-7’s headquarters in Barangay Capitol-Site, Cebu City, which is located around 142 kilometers north of Ginatilan, a fifth-class municipality. /rcg

This is a developing story. Please refresh the page for updates