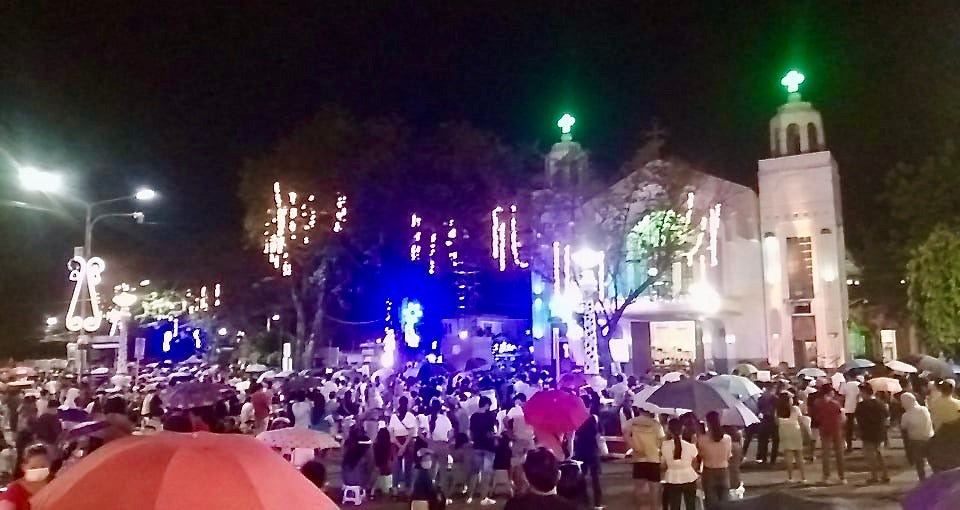 MANDAUE CITY, Philippines — To avoid overcrowding outside the churches and satellite Simbang Gabi and Misa de Gallo venues in Mandaue City, the city government has set up perimeter fences meters away from these venues.

Lawyer Lizer Malate, head of the city’s Emergency Operations Center (EOC) said that the fences around the churches are being put up to help control the flow of human traffic in areas surrounding the churches and satellite venues.

Security personnel is also there to monitor the crowd, ensure the observance of social distancing, and advise those who could no longer enter inside the venues to just go home and join the Eucharistic celebration via live streaming.

Malate said that there were fewer people who attended the Misa de Gallo on Thursday, December 17, 2020, compared to the first day on Wednesday, December 16, 2020. All 14 churches and satellite venues in the city drew thousands of individuals, added Malate.