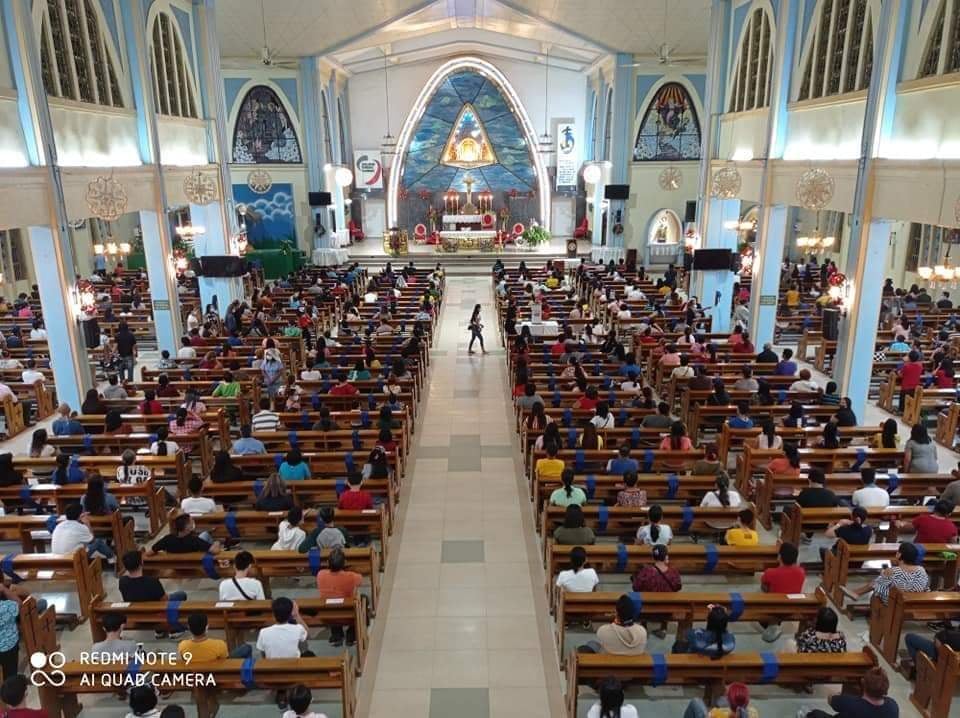 Lapu-Lapu churchgoers attend the dawn Mass in the Our Virgin of the Rule Shrine. Mayor Junard Chan has implemented measures to limit the Misa de Gallo crowd. |Photo courtesy of Lapu-Lapu City PIO

LAPU-LAPU CITY, Philippines — Barricades will also be placed in front of gates of churches in Lapu-Lapu City as a way to limit the crowd attending the dawn Masses or the Misa de Gallo.

Lapu-Lapu City Mayor Junard “Ahong” Chan said this would be among the measures that the city government would implement to decongest churches of churchgoers crowding the dawn Masses.

Chan said that the city government had already allowed the holding of two dawn Masses a day to further limit the crowd inside churches.

According to Chan that the holding of two dawn Masses, is to decongest the churches of churchgoers and to give them options so that authorities and churches are able to control the crowd.

Chan said that standing would not be allowed inside the barricade.

Upon entry, Chan said that church personnel would still continue to check the temperature of churchgoers, the wearing of face mask and face shield and social distancing should still be observed.

(If the venue will be full, those who failed to enter the church are encouraged to go home and just watch the livestreaming of the dawn Mass.)

Due to this development, the mayor said that they also adjusted the curfew hours from 10 p.m. to 2 a.m. to accommodate the holding of two Dawn Masses./dbs