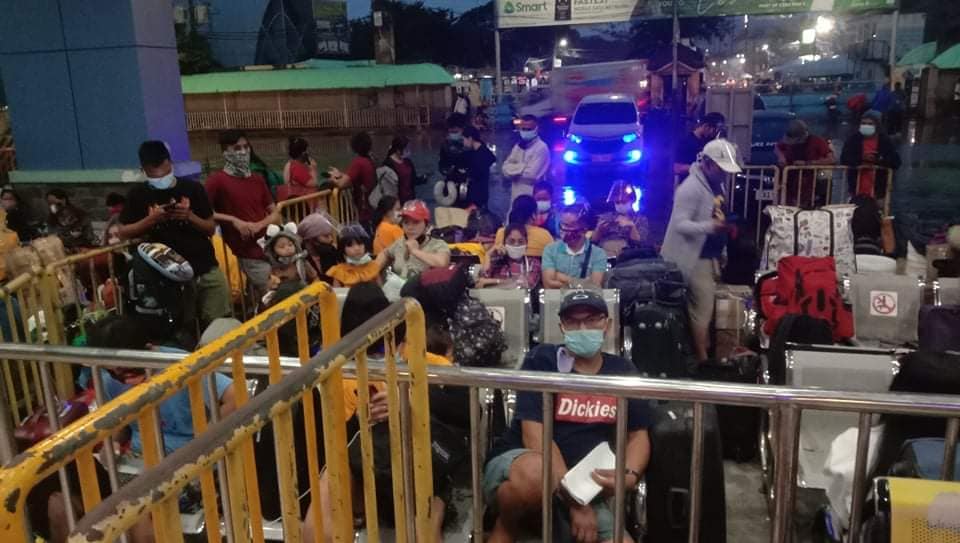 CEBU CITY, Philippines — The over 300 passengers who were left stranded on the different ports in Cebu during the onslaught of typhoon Vicky can now breathe a sigh of relief.

PCG reported on Friday night, that around 308 individuals were stranded on the ports of Cebu City and in Oslob and Tabuelan towns.

The Department of Social Welfare and Development (DSWD) provided food packs for their dinner and breakfast.

On Saturday morning, most of the stranded passengers were already allowed to board the vessels that will bring them to their destinations. At least 20 individuals have remained at the ports in Cebu City while they wait for the arrival of their assigned vessel.

PCG in Central Visayas (PCG-7) has already allowed the resumption of trips from Cebu to Masbate, Surigao, Nasipit, Leyte, and Escalante and visa versa.

Other passengers who are scheduled to depart from Cebu this Saturday were also allowed entry at the different ports here.

Meanwhile, PCG-7 expressed its gratitude to all seafarers who heeded their call for a suspension of sea travels on Friday.  Their cooperation prevented the occurrence of sea tragedies during the onslaught of the typhoon. / dcb