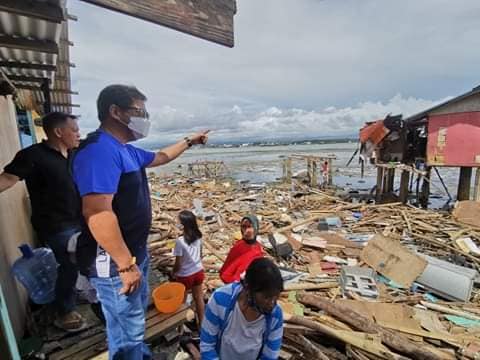 MANDAUE CITY, Cebu – Families that were displaced by a ‘storm surge’ that hit the coastal community of Barangay Ibo will no longer be allowed to return to the area.

In an advisory released by the Lapu-Lapu City Public Information Office (PIO), Mayor Junard Chan was quoted saying that he intends to transfer the affected families to a “safe place.”

(I will have to relocate you to a safer place, not here where it is unsafe.)

Big waves brought by Tropical Depression Vicky washed away homes that were built along the coastal area of Sitio Apro in Barangay Ibo past midnight on Saturday.

READ: In Photos: CDRRMO lists 83 homes in Brgy Ibo that were damaged by big waves

Nagiel Bañacia, head of the City Disaster Risk Reduction and Management Office (CDRRMO), reported 83 damaged homes.  Of these 62 were washed away while the 21 others incurred partial damages.

As of Saturday, the City Social Welfare Office (CSWO) already listed 76 damaged homes but the list is still expected to increase because of ongoing validation. 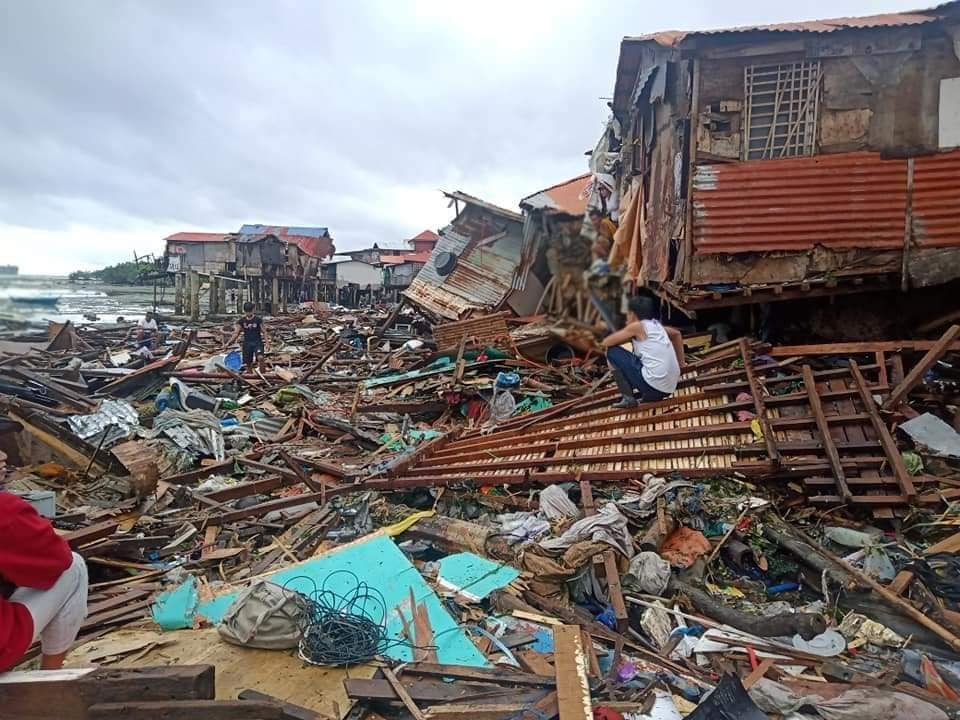 On Saturday morning, the Lapu-Lapu City government started the distribution of packed meals to evacuees who are now accommodated at the Ibo Elementary School.

Chan said that he will be asking members of the City Council to convene in a special session to discuss the release of assistance to these families.

Families in Sitio Apro, he said, will be getting housing materials from the city. However, they will no longer be allowed to rebuild their damaged homes there.

Instead, they will be relocated to a temporary site while they wait for the completion of development works at the city’s socialized housing area in Barangay Canjulao.

Chan said that families from Sitio Apro will be made a priority for transfer to Barangay Canjulao.

Read Next
Christmas with the virus