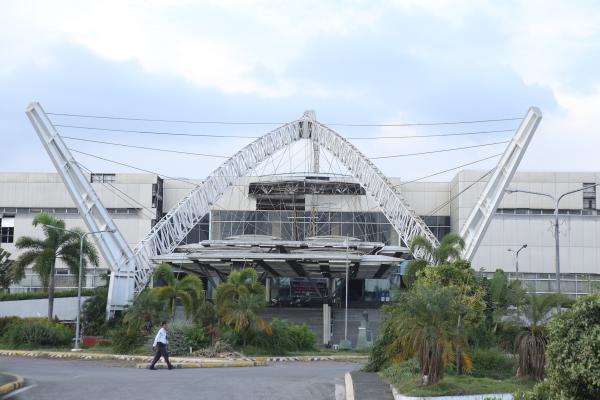 The Office of the Ombudsman, in a 12-page ruling dated December 14, 2020, stated that the decision of the Cebu Provincial Government then to erect the CICC did not cause ‘any undue injury to any party’.

“The items procured were reasonably priced and (are) within the standards set by the COA (Commission on Audit). As such, there was no undue injury because the local government did not spend money more than it was supposed to and there was no showing that the respondents obtained benefits as a result of the transaction,” portions of the document read.

Garcia and several others were accused of violating the Anti-Graft and Corrupt Practices Act over the construction of the CICC in Mandaue City, a now-condemned three-storey structure intended primarily to host the ASEAN (Association of Southeast Asian Nations) Summit in 2007.

They were accused of not only bloating the costs but also using substandard materials needed for the construction of the property that cost around P800 million.

Aside from Garcia, others named as respondents were Eduardo Habin and Roy Salubre, then chair and co-chair of the Capitol’s Bids and Awards Committee, Cristina Giango, Adolfo Quiroga, Necias Vicoy Jr., Emme Gingoyon, Glenn Baricuatro, Bernard Calderon, Marino Martinquilla, Eulogio Pelayre and Willy Te who is the vice-president of WT Construction Inc., the contractor for the project.

The recent ruling from the Ombudsman, in effect, overturned its previous issuances in relation to the case.

To recall, the state’s anti-graft investigating body issued a resolution dated March 31, 2016, in which they initially found probable cause to indict all accused, except Te, for several counts of violating provisions of the Anti-Graft and Corrupt Practices Act.

A series of legal actions both from the Public Assistance and Corruption Prevention Office of the Ombudsman and Garcia’s camp ensued that spanned up to 2018.

The Ombudsman, in its latest decision, also said the prosecution failed to present all elements to indict the accused of graft and corruption, and that the defense provided ‘sufficient justification in resorting to alternative modes of procurement and the materials were purchased at market cost’.

“After a careful review of the records and pertinent jurisprudence, this Office finds that not all elements of the crime punishable under Sec. 3 (e) of RA (Republic Act) No. 3019 are present to indict the respondents,” they said.

CICC suffered double damages in 2013 – from the 7.2-magnitude earthquake and the onslaught of Typhoon Yolanda (international codename: Haiyan) – and eventually fell into disrepair.

CDN Digital has reached out to Garcia for her comments but to no avail as of this posting.  The Capitol’s Public Information Office (PIO), on the other hand, announced that the governor is expected to hold a press conference on Wednesday, January 6. /rcg

RELATED STORY: Gwen to discuss plans to ‘save CICC’ with Cortes