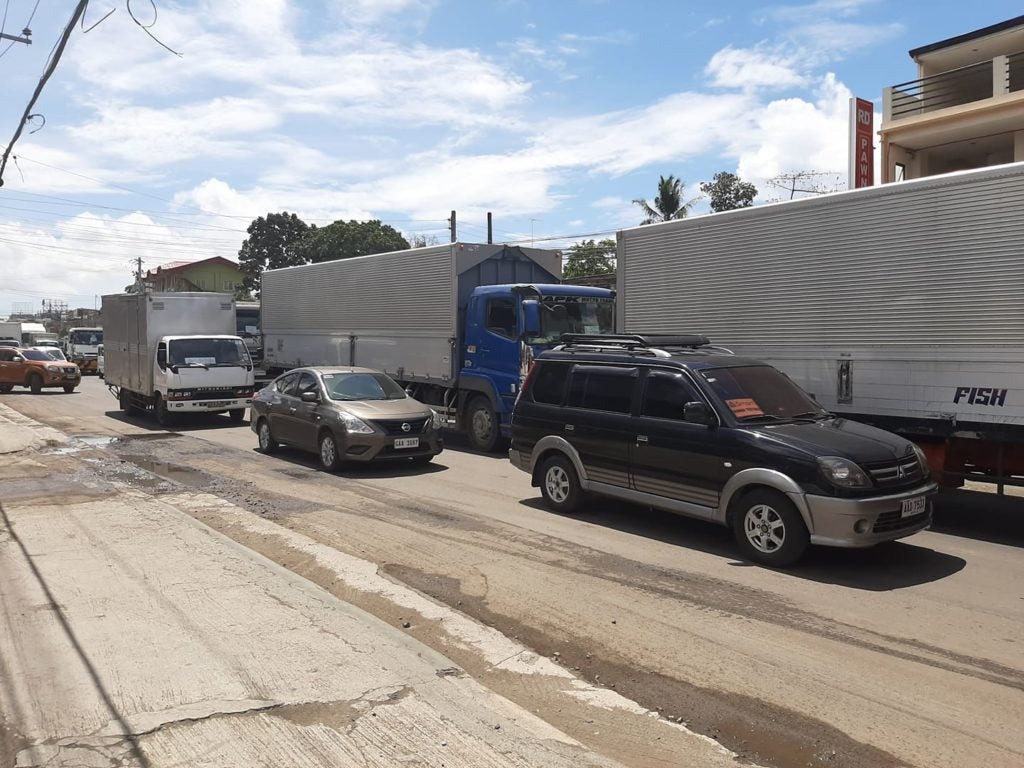 In this April 2020 photo, vehicles are stuck in traffic along the highway near the boundary of Minglanilla and Talisay City.

MANDAUE CITY, Cebu — Ten wheeler trucks and those that are bigger will no longer be allowed to ply the national highway and local and interior roads in Minglanilla town during the peak hours.

The truck ban was in effect starting on Saturday, January 9, and will be implemented from 6 a.m. to 8 a.m. and 4 p.m. to 8 p.m. from Mondays to Saturdays.

Exemptions apply on Sundays and during holidays when vehicular traffic is lighter.

In an Executive Order which he signed on Jan. 7, Mayor Elanito Peña mandates personnel of the Minglanilla Traffic Commission (Mitcom) and the Philippine National Police (PNP) to implement his new policy.

“The appropriate penalties under the Minglanilla Traffic Code shall be applied to any infraction of his Executive Order,” EO No. 2, Series of 2021 read.

Peña’s EO said that while diversion roads were already opened and constant monitoring implemented, “vehicular traffic along the National Highway traversing the Municipality of Minglanilla has continued to be a problem due to the increasing number of vehicles.”

“The Local Government of Minglanilla, in order to promote the general welfare of its constituents and those passing through its territorial jurisdiction, has to implement traffic management measures to mitigate the said vehicular traffic problem,” Peña said in his EO.

On December 21, 2020, Governor Gwendolyn Garcia also issued a memorandum directing Minglanilla town and the cities of Naga and Talisay in southern Cebu to implement truck ban on certain times of the day.

Members of the Minglanilla town council also passed a resolution urging Peña to sign an EO that would order the implementation of a truck ban in their jurisdiction during the peak hours in the morning and in the afternoon and early evening. /dbs

Read Next
LPA to bring rains in Mindanao; cold weather to persist in Luzon