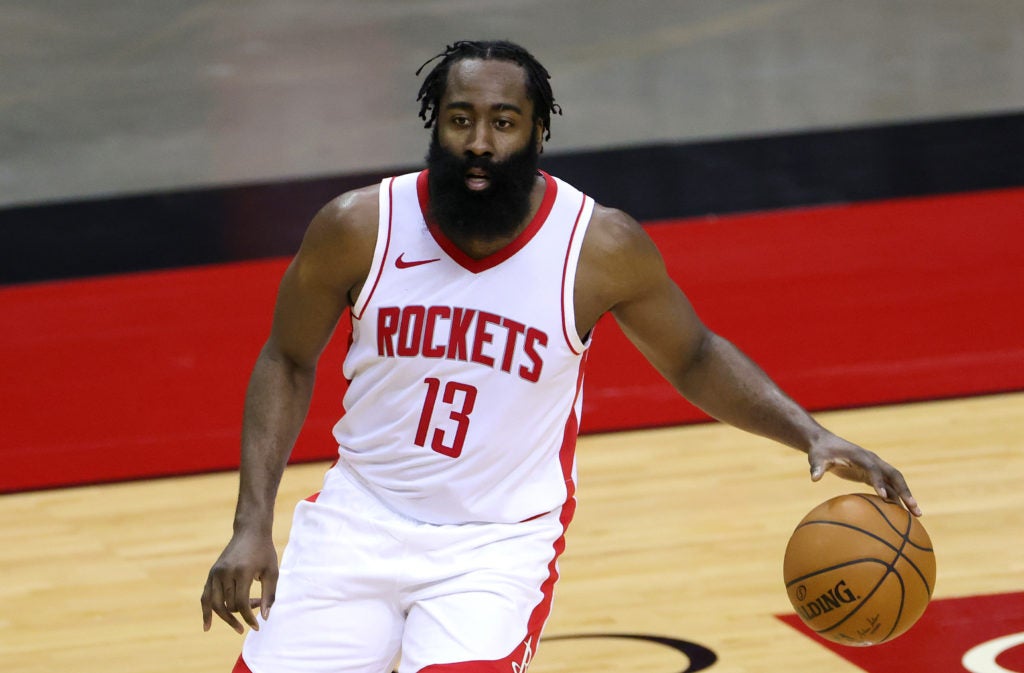 In this file photo taken on December 17, 2020 James Harden of the Houston Rockets controls the ball during the first half of a game against the San Antonio Spurs at the Toyota Center in Houston, Texas. – Harden is joining the Brooklyn Nets in a blockbuster NBA trade from the Houston Rockets, US media reported on January 13, 2021. | Photo by Carmen Mandato / GETTY IMAGES NORTH AMERICA / AFP

ESPN and The Athletic reported that the 2018 NBA MVP will head to the Nets in a trade that will see Harden reunited with former Oklahoma City Thunder team-mate Kevin Durant.

The 31-year-old played alongside Durant for three seasons in Oklahoma City between 2009 and 2012.

LeVert was traded immediately to the Pacers in exchange for Victor Oladipo.

There was no immediate confirmation of the deal by Houston or Brooklyn.

Harden’s move raises the prospect of the Nets emerging as a new super team, with the unhappy Rockets ace joining forces with Durant and Kyrie Irving.

Harden’s exit from the Rockets had loomed ever closer, with team-mates complaining of his attitude in the locker room.

On Tuesday, Harden had lashed out after the Rockets were thumped 117-100 at home by the Los Angeles Lakers.

“I love this city,” Harden said. “I literally have done everything that I can. I mean, this situation is crazy. It’s something that I don’t think can be fixed.”

Team-mate John Wall, who arrived in Houston this year from the Washington Wizards, accused Harden of not being committed to the team.

“When you have certain guys that don’t want to buy in, it’s hard,” said Wall.

On Wednesday, Harden was barred from team practice following his outburst.

“We felt it was best for James and best for the group for him not to be at practice,” Rockets coach Stephen Silas told reporters on a video call.

Silas said Harden’s criticisms had been “hard to hear.”

“Especially when you don’t believe it and you know it not to be true,” he said.

The Rockets’ DeMarcus Cousins meanwhile accused Harden of being “disrespectful” to the Houston locker room.

“Will he ever need to play with us again? I don’t know, quite honestly don’t care,” Cousins said.

“He can feel however he wants to feel with the organization but the other 14 guys in the locker room have done nothing to him.

“So for us to be on the receiving end of some of the disrespectful comments & antics, it’s completely unfair to us.”

Harden, an eight-time NBA All-Star and a prolific scorer, joined Houston in 2012 after starting his career in Oklahoma City.

However he was unable to guide the Rockets to an NBA Championship during that time, and instead suffered a string of playoff disappointments, with Houston failing to make the NBA finals once in eight straight playoff appearances.