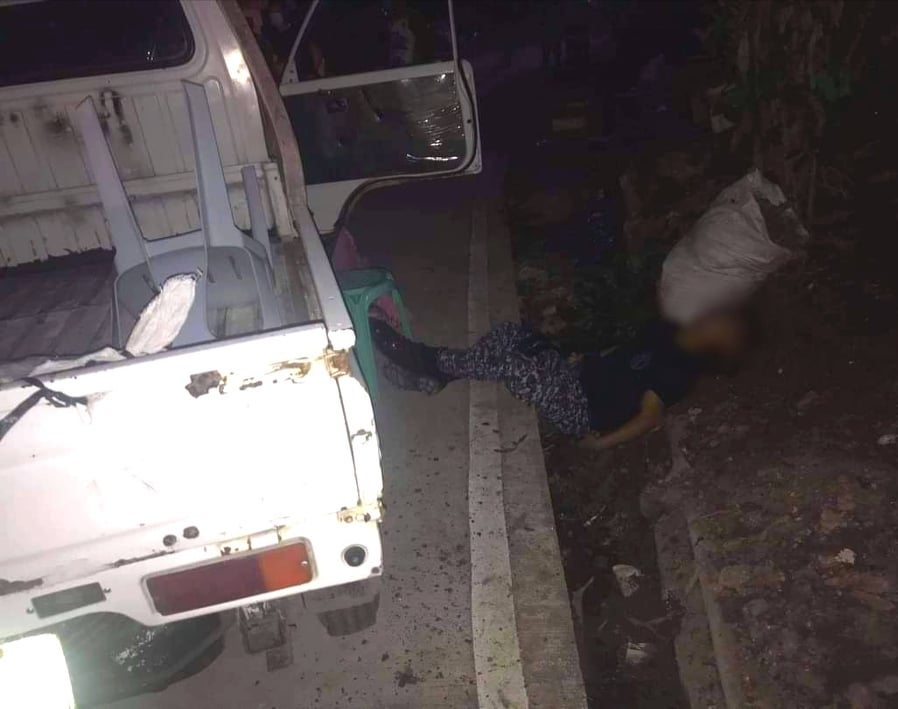 The body of Jail Officer 2 Reymond Roble Vasquez lies next to a multicab as he was ambushed by still unidentified suspects right in front of Bureau of Jail Management and Penology – Danao City office on Thursday night, January 14, 2021.  | Photo courtesy of Danao City police

CEBU CITY, Philippines—At least eight still unidentified individuals are being considered as suspects behind the killing of a jail officer in Danao City on Thursday evening, January 14, 2021.

The Danao City Police Station said Jail Officer 2 Reymond Roble Vasquez, 34, did not make it alive at the hospital after he was gunned down past 10:30 p.m. in Sitio Sta. Cruz, Barangay Dunggo-an in Danao City, northern Cebu.

Police said the crime occurred right in front of Bureau of Jail Management and Penology – Danao City office (BJMP-Danao), and that they received the shooting alarm from a concerned citizen around 10:35 p.m.

Based on the initial closed circuit television (CCTV) footages the investigators obtained from BJMP-Danao’s office, four motorcycles were seen surrounding Vasquez’s multicab shortly after the victim went inside his vehicle.

Investigators added that the eight suspects, all of whom were seen wearing face masks, peppered Vasquez with bullets.

As a result, the victim sustained several gunshot wounds in his head and his vehicle was riddled with bullet holes.

Vasquez, who was residing in Barangay Cogon Cruz, Danao City, was declared dead on arrival by attending physicians.

Police are still determining the motive behind the killing as of this posting.