13 of Ginatilan’s 30 active cases are detainees 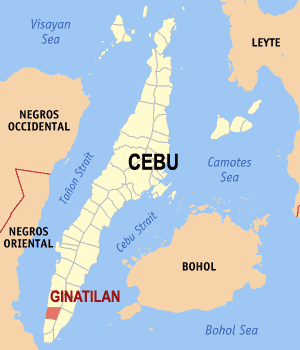 This as the town mayor, Dean Michael Singco, announced on Sunday, January 24, that the number of active coronavirus disease 2019 (COVID-19) cases in their municipality has reached 30.

(I’m asking everyone not to be complacent in the next 14 days. Let’s follow health protocols — face mask, social distancing, and frequent hand washing.)

Of this number, 13 happened to be detainees in the town’s police station, Singco confirmed in a follow-up phone interview.

As a result, Singco said the local government had already isolated the detention cell where the COVID-afflicted detainees were staying from the rest of the police station.

“The PDLs (persons deprived of liberty) are still in their detention cell, but we have cordoned the area and other portions of the police station near it to contain the spread of the virus,” said Singco in Cebuano.

He also said several police officers were swabbed and placed under isolation since they happened to be close contacts of the PDLs confirmed to have COVID-19.

The other COVID-19 patients in Ginatilan included some employees of the municipal government, three of whom happened to be first responders, while the rest were family members who were close contacts of the town’s previously confirmed cases, Singco said.

“Except for the PDLs, the rest of the patients were already transferred in our designated isolation facility,” he added.

In the meantime, Singco advised residents to avoid going out of their houses unless for essential trips and do so in one go.

(Do all your essential trips in one go. Avoid crowds and other unimportant gatherings. And don’t attend birthday parties, christening, weddings, fiesta, and others.)

Read Next
Eight Guadalupe residents nabbed for going outside their homes