After AFP’s blooper, Hontiveros asks: Is military not using its intel fund properly? 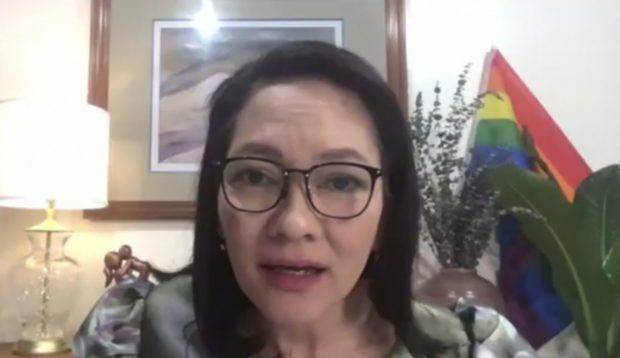 MANILA, Philippines — Senator Risa Hontiveros on Monday questioned how the Armed Forces of the Philippines (AFP) utilizes its intelligence fund in light of its recent mistake involving an inaccurate list of University of the Philippines (UP) alumni who were allegedly recruited by the New People’s Army (NPA).

(They have a big intelligence fund, are they not using this properly to the extent that they have this kind of gaffe that even the national defense chief called it unforgivable?)

“They should prove that they are putting their intelligence budget to better use at ‘wag gamitin ang buwis na galing sa mamamayan para pagperwisyuhan ang mamamayan din,” she added.

(They should prove that they are putting their intelligence budget to better use and not use taxpayers’ money to endanger the public.)

Defense Secretary Delfin Lorenzana called as “an unpardonable gaffe” the list released by the AFP J7 or Civil-Military Operations Office, which included the names of UP alumni who allegedly joined the NPA.

Individuals and groups identified in the AFP’s list have already denounced their inclusion.

The AFP J7 has since apologized for the inconsistencies of the list it released online.

(I don’t know if it’s an example of failure—meaning they’re incompetent—or was it on purpose—or they did it with malice—or both, and between the two, what is worse?)

While the senator acknowledged the apology from the military, she said this reflected a much bigger concern of Red-tagging.

(The armed forces and the national police should cease and desist from engaging in this type of Red-tagging.)

(Not only because it’s embarrassing for them, but also because they are endangering the lives of civilians, the public.)