IATF: Only 700 allowed to physically attend reenactment of first baptism in Cebu 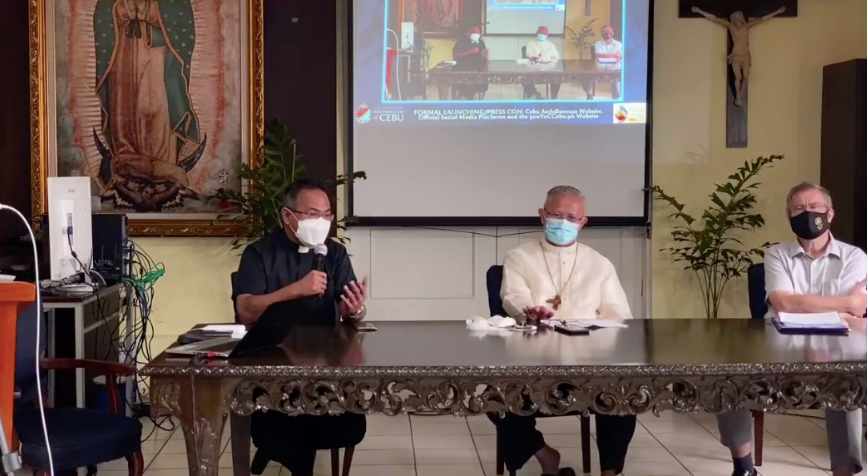 Screenshot from the Archdiocese’s FB Live

CEBU CITY, Philippines – Celebration for the quincentennial arrival of Christianity in the Philippines here in Cebu will go on albeit huge adjustments are to be made due to the continuing threats of the coronavirus disease 2019 (COVID-19) pandemic.

The Archdiocese of Cebu, on Tuesday, February 2, announced in a press conference that they have started preparations not only for the physical but also the virtual aspects of the 500 Years of Christianity in Cebu.

Fr. Mhar Vincent Balili, secretary-general for the 500 Years of Christianity celebration in Cebu, said they have already sent their line-up to the national government’s anti-coronavirus task force for review.

“Our activities for the month of April have already been submitted to the IATF (Inter-Agency Task Force for the Management of Emerging Infectious Disease). We’re closely coordinating with LGU (local government unit) officials as well as the IATF,” said Balili in Cebuano.

Church leaders here are expected to lead the reenactment of the first baptism this April.

But based on their initial communication with the IATF, Balili told reporters that only a maximum of 700 people will be allowed to gather in Plaza Sugbo for the activity.

Reenactment of the first baptism will be held this April 14, 2021 right beside the chapel housing Magellan’s Cross in Plaza Sugbo.

Two hundred out of the 700 people allowed to physically participate have been allocated for organizers of the event, said Balili, and 300 for guests that include VIPs, local government officials, and representatives of laity organizations.

Some of the guests invited for the historical event included Papal Nuncio to the Philippines Charles John Brown, National Historical Commission of the Philippines (NHCP) Chairperson Rene Escalante, and selected bishops.

Balili also said local authorities in Cebu City are planning to bar entry of people and traffic within a 300-meter radius.

But in the event that the national government will disallow a public gathering for the 500 Years of Christianity celebration, church leaders here said they will welcome it.

“In case the situation will worsen, we will tell them not to come. Even so, we are more hopeful (that the situation will not worsen) with the presence of the vaccines… But we are prepared, with all the possibilities out there, and we are ready to execute them,” said Cebu Archbishop Jose Palma.

This is also why the Archdiocese on Tuesday officially launched their official website in which events in line with the 500 Years of Christianity will be executed albeit virtually.

The Philippines will be commemorating the 500th anniversary of the arrival of Christianity this 2021 as well as the quincentenary celebration of the historic Battle of Mactan and the first circumnavigation expedition.

On April 14, the Archdiocese of Cebu is expected to lead the quincentenary celebration for the first baptism while the commemoration of the first Mass will be in Limasawa Island as per recommendation from NHCP

Last January 6, the Roman Catholic church in Cebu has started the 100-day countdown leading to the event. /rcg