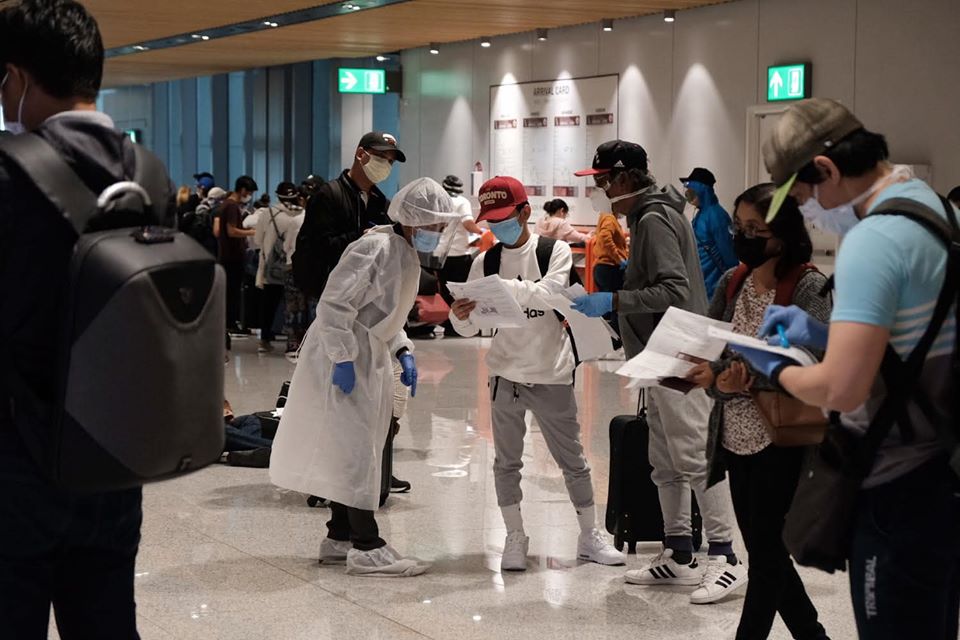 The Mactan Cebu International Airport Authority (MCIAA) has announced on Saturday, July 11, that they have secured Department of Health (DOH) and Research Institute for Tropical Medicine (RITM) accreditations to officially start operations of MCIA’s own molecular laboratory to run COVID-19 tests. Designed to run around 1,500 to 3,000 samples per day, it is the first airport in the country to have its own molecular laboratory. | Photos courtesy of MCIAA

CEBU CITY, Philippines — Cebu City Mayor Edgardo Labella said he will look into the allegations of Cebu Governor Gwendolyn Garcia that the city’s Emergency Operations Center (EOC) has been requiring arriving passengers at the Mactan Cebu International Airport (MCIA) to present a letter of acceptance even if they are headed to the province.

Garcia said that province-bound passengers have been complaining that they were asked for requirements by the EOC staff claiming these were orders of the Capitol for arriving passengers.

Furthermore, Garcia claims that the EOC staff has been misrepresenting the provincial government because they were in no way coordinated with the Capitol.

She added that Councilor Joel Garganera, the deputy chief implementor of the EOC, could not make orders on behalf of the province.

The mayor said he will have this incident looked into as this situation may have caused problems at the airport and even placed the city at risk.

This especially when passengers would lie at the airport regarding their destinations. Cebu City-bound passengers often need letters of acceptance and have to go through stricter protocol compared to Cebu Province-bound passengers.

The passengers could say they were bound to the province, but then because there are no restrictions in the entry of the public from any provincial local government unit (LGU) to Cebu City, they can eventually enter the city, bypassing the protocols.

“I really have to look into that. I have to make an inquiry on that. They included travelers from the province, which should not be,” said the mayor in a phone interview with CDN Digital.

He added that Councilor Garganera no longer handled airport affairs or protocols since November 20, 2020.

Garganera, for his part, said he will wait for the investigation ordered by the mayor.

Read Next
Toledo City, Cebu City under period of mourning for Sonny O