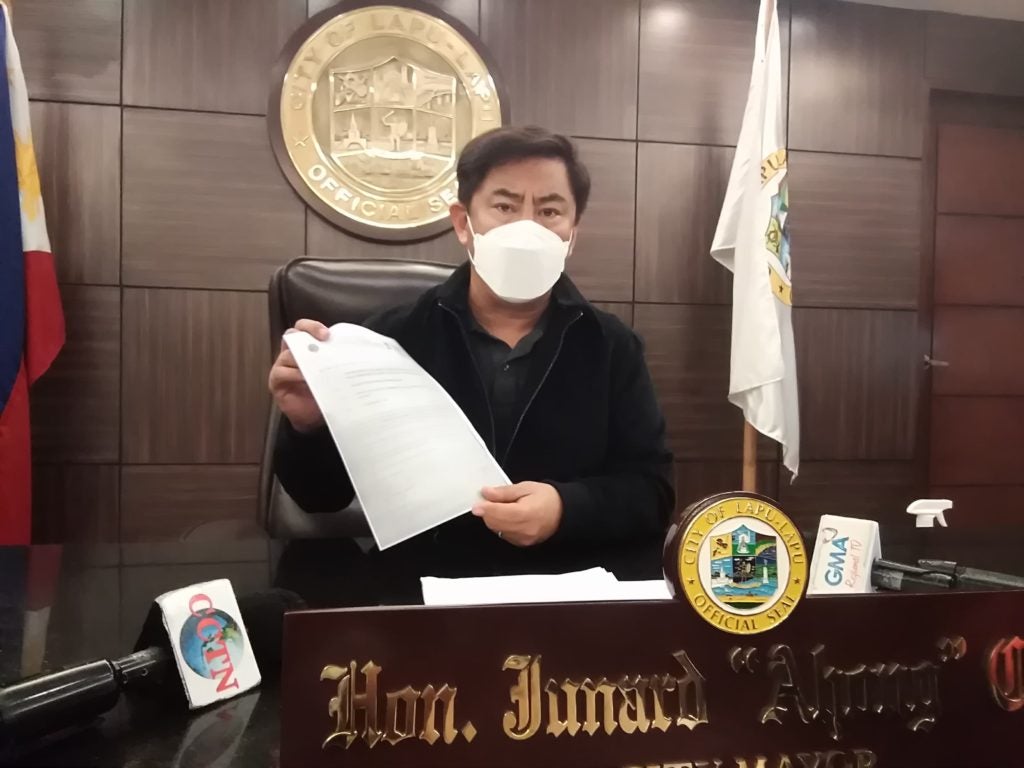 LAPU-LAPU CITY, Philippines — Lapu-Lapu City Mayor Junard “Ahong” Chan will appeal to the Mactan-Cebu International Airport Authority (MCIAA) to still allow help desks from the City Governments of Cebu, Mandaue and Lapu-Lapu, and the Cebu Provincial government in the airport.

Chan said that on Friday, February 5, 2021, he received a memorandum order from the MCIAA Board for the withdrawal of the help desk from the airport.

The mayor said that the help desk in the airport was playing an important role amidst the coronavirus disease 2019 (COVID-19) pandemic, in ensuring that all passengers arriving from the airport had secured the necessary documents for them to enter the city.

Read: Chinese national, 6 others held at MCIA for fake Letter of Acceptance

He added that there were several instances already where the city’s personnel assigned at the airport had caught individuals who falsified their documents, such as a letter of acceptance, letter of confirmation, among others.

(We had apprehended many fake documents like a letter of acceptance, letter of confirmation. We had found out about them.)

Chan said that they were not even consulted or notified by the MCIAA Board before implementing such a decision.

Due to this, Chan said that he would send a letter to the MCIAA Board urging them to continue the presence of a help desk in the airport.

(So I will make an appeal to MCIAA to bring back the help desk because it is a big help and we cannot ensure that those entering [Cebu] have the proper documents.)

CDN Digital tried to get the comment of the MCIAA on this issue, but they haven’t responded yet to our messages.

For now, Chan said that they would just coordinate with different airline companies to ask for a copy of their manifestos, to get information about passengers who arrived at the airport./dbs