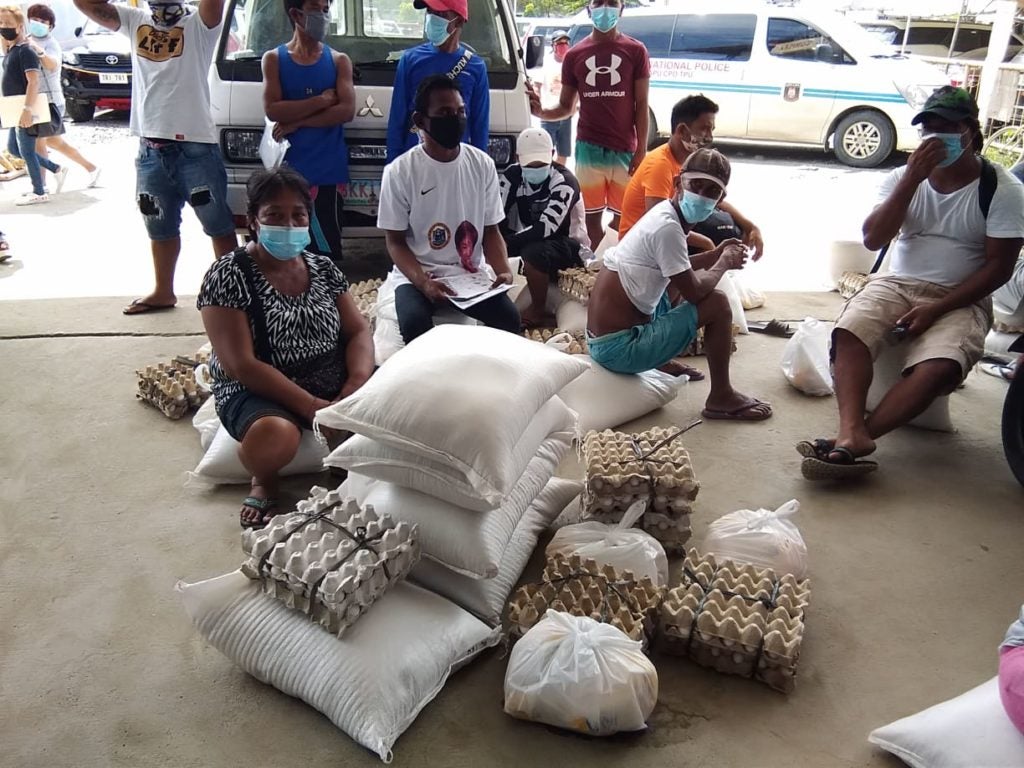 Sacks of rice and eggs worth P2,000 are part of the Department of Agriculture in Central Visayas P5,000 assistance given to 538 fishermen in Lapu-Lapu on Monday, February 15. | Futch Anthony Inso

LAPU CITY, Philippines — Some 538 fishermen in Lapu-Lapu City have received P5,000 worth of financial assistance and food subsidy from the Department of Agriculture in Central Visayas (DA-7).

Alex Baring, special assistant to the mayor for environmental concern, said that 76 of the beneficiaries were from Olango Island, while the rest were from mainland Lapu-Lapu.

Each fisherman received P3,000 cash and P2,000 worth of rice and eggs during the aid’s release on Monday, February 15.

Baring said that the beneficiaries were registered at the agency’s Registry System for Basic Sectors in Agriculture (RSBSA).

But Baring said that he hoped that the DA would have a second tranche of the financial and food subsidy distribution because there were still some fisherfolks in the city, who did not receive the assistance because they were not able to register in the RSBSA.

Laude Cabanday, fisherfolk from Barangay Caubian, expressed gratitude to the agency for the assistance.

He said that as of the moment, his livelihood was affected due to the big waves in the sea right now.

He also said that these was made worse by fewer tourists visiting the island due to the restrictions amid the coronavirus disease 2019 (COVID-19) pandemic.

Tourism activities have been an alternative livelihood of residents in Olango Island, where they were involved in ferrying tourists for island hopping and diving activities./dbs