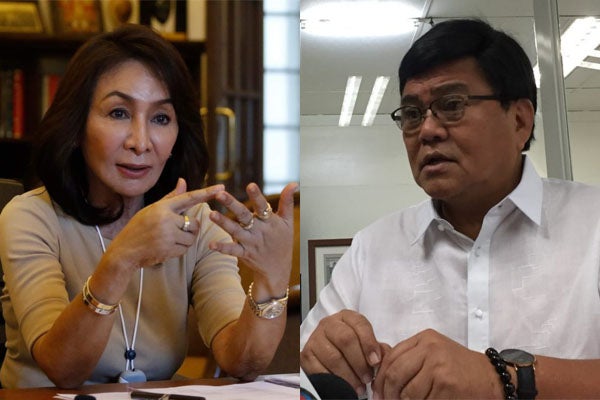 CEBU CITY, Philippines — Entering Cebu Province as a tourist is now easier with the new Executive Order from the Capitol which reduces the requirements to a valid medical certificate.

But going to Cebu City will not be as convenient.

Cebu City Mayor Edgardo Labella showed willingness to ease the restrictions for entry in Cebu City ports through a vague statement during a press conference on Tuesday, February 23, 2021, saying he would lift the requirement of real-time polymerase chain reaction (RT-PCR) or swab test for the entry to the city.

However, he later retracted, saying the city will follow the testing guidelines of the Department of Health in Central Visayas (DOH-7), and that the city will respect the decision of the provincial government to ease the entry requirements in their own jurisdiction.

This means that individuals bound for Cebu City will still need a RT-PCR test result, a travel authority from Cebu City, and a certificate of coordination to the barangay of destination.

“After consultation with our medical experts, we’ve decided to continue to abide with DOH Testing Protocols. Insofar as the Province’s EO, we respect it and that is the prerogative of the governor,” said Labella.

In a separate phone interview with CDN Digital, Labella said that the province’s EO would make it essentially easy for anyone to enter the city through the province, which is why he had released a statement on the possibility of reciprocating the province’s policy.

However, the DOH-7 has advised against this move and Labella said the city government will always heed the call of the experts, all the while respecting other local government units (LGU) on how to handle their own entry and exit protocols.

Yet the problem remains that with the Capitol’s EO, an individual who wants to enter Cebu City will only need to pass the requirements of the provincial government and enter the city through any part of Cebu province.

Since they are in one geographical location with the disparity in policy, there is no way for Cebu City to monitor the entry of people from Cebu Province to its borders.

An individual from other provinces could easily book a flight or a sea trip to Cebu, declaring their destination to be “Cebu Province.”

Labella said that anyone entering the airport, in particular, cannot be monitored by the Cebu City government.

The Emergency Operations Center (EOC) also said that there is no more personnel waiting to assist passengers arriving at the seaports within the jurisdiction of Cebu City as they have been pulled out after the airport fiasco in January 2021.

Provincial Governor Gwendolyn Garcia lambasted the city’s EOC for allegedly posing as provincial staff at the airport. The result of the conflict was the pulling out of all EOC staff from the ports.

Read: Labella to look into Gwen’s allegations of misrepresentation by Cebu City EOC on airport arrivals

The lack of personnel in Cebu City’s own ports now poses a problem with this new policy from the province since the passengers are barely assisted upon their arrival unless they have contacted their local government of destinations to fetch them.

The checking of documents are left to the shipping and the barangays of destination, making it easy to slip through the tight protocols of the city.

Understanding the complexity of the problem, Labella told CDN Digital that he is mulling the return of EOC personnel to the ports to facilitate the arrival of city-bound passengers and differentiate them from province-bound tourists.

“The airport, we cannot do anything about that. But for our seaports, maybe we can have personnel check the city-bound passengers, tan-awon lang kung padulong sila sa Cebu City,” said Labella.

The plan may not immediately be implemented as Labella said he will have the situation looked into, but he said this is the most viable option for the moment with the disparity in the entry policies of Cebu City and the rest of Cebu.

This leaves individuals planning to go to Cebu torn between two opposing policies depending on their destination.